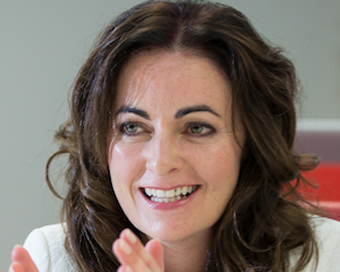 Have you ever been to a workshop where you’ve taken copious notes of the advice given on everything from resilience-building to effective management – and then forgotten most of the tips?  We’ve all been there – and many of us have conscientiously tried to implement the techniques provided by facilitators who are highly paid to help us develop our workplace skills.  But for some reason, most of the tips don’t stick.  Why is that?

It’s to do with our unconscious attitude to new information as well as the way we learn it, and how we incorporate it into our daily working lives, explains psychologist, coach and learning specialist, Dr Celine Mullins, who has spent more than 15 years working with individuals, teams and groups across multinationals, SME’s, governmental and educational agencies, both in Ireland and abroad.

Neuroscience has a lot to tell us about the brain, but a lot of the excellent modern research in this area, particularly about how the brain works, is not being put to good use when it comes to learning and development, she says.  It’s crucial believes Mullins, that before they learn something new, people are ‘primed’ to assimilate it by understanding how the brain works, how decisions are made – and even how long it takes to create behaviour change or new habits. However, mostly what happens, she explains, is that this groundwork is not done:  “People go into a seminar or a workshop and are given plenty of tools and tips, but they’re not being given directions about what is happening in their brain as they learn these things,” she says, so many people don’t know, for example how long it will take them to make what they have learned an automatic element of their daily work-life, or even simply how to incorporate it and use it.

As a result, says Mullins, CEO of Adaptas Training,  “People may try to implement the tools and tips once or twice, but gradually they will revert to old practices and habitual patterns and the new information slips away.”  The secret, she says, is learning the tools and techniques which enable people to become more effective by changing how they approach their work on a day-to-day basis. This, in turn, leads to greater confidence and a sense of more comfort in the workplace, she says:  “When people are more effective in the workplace they are more successful in their career and more confident and happier.  “My experience is that if people know how the brain works and how to create new habits, and have the steps in place, they’re more likely to take information they learn in workshops and implement it  – and thereby effect long-term change in the way they do things.”

And here’s how – There are two areas of the brain which are very important to high-level cognitive functioning;  the pre-frontal cortex which is responsible for logical problem-solving and decision making,  and the ancient and more primitive, limbic system which controls emotions and memories.  “When we try to learn something new, or a new way of doing things, the limbic system which is older, wants to protect us, so it moves into fight or flight mode,” Dr Mullins explains.  As part of this, the limbic system (the home of our emotions and memories) will bring up feelings of fear or anxiety – fear of the unknown or fear of failure, she explains, adding that she regularly hears people express messages in the language they use that reveal their limbic system is attempting to protect them from new knowledge.

“Examples would be “That’s not how things are done around here” or “if I do that my team may not listen to me,” or “if I do it this way people will think I am full of myself,” she says, adding that fear of the unknown is expressed in different ways.  So part of what she does, Mullins explains, is help people understand how they can slow down the thought processes, and become more aware of, and recognise, the thoughts that so often shape our actions and gain more control over the messages being sent out by the limbic system.  “It’s about helping people understand the logical versus the emotional parts of the brain and how, in order to get the logical parts of the brain focused on creating new behaviour they need to intercept the limbic system.”

A crucial element of this work, she says ­– and one she acknowledges may seem too simple to be true  – is re-teaching people how to breathe:  “If you can control your breath you can gain control over what is happening in the limbic system – the fight or flight response. ” People need to re-learn how to breathe, primarily to help slow down the thought process. Babies and children breathe properly, through the diaphragm, but as we grow into adolescence and early adulthood, our breathing pattern tends to change:  “As they grow older, I notice, at least 70% of people tend to start automatically inhaling into the chest rather than the stomach or abdomen – this appears to happen in our teens and early twenties.”

Chest-breathing is shallower, and more focused towards the fight or flight mechanism, she says:  “A lot of us breathe into our chest all the time, which means we are always on the alert.” This causes an imbalance of oxygen and carbon dioxide and we end up not having enough carbon dioxide to keep us calm. As a result, says Mullins, we become stressed or emotional when we don’t need to.  This combined with the ‘fight or flight’ response of the limbic system, aids to make us more resistant to learning new things.  “I often start by teaching people to re-learn how to breath using the diaphragm  –  anyone can do this by noticing where their breath comes in and whether their chest rises first or stomach rises first when they inhale.  “If the chest rises first, they are not breathing correctly,” she says, giving the example of a businesswoman attending an important meeting with a client:  “The breath can be up there in their chest and make them feel more nervous and less confident than they need to be. ” However, she advises, if a businesswoman can focus on getting the breath into the stomach and making sure the inhale is coming in lower down in the abdomen/ stomach before and during a meeting, she can find herself becoming calmer and more in control:  “She will also engage her decision-making brain because she is keeping the cognitive centre of her brain (pre-frontal cortex) working effectively and hence has more control over the limbic system.”

A second useful strategy when preparing to incorporate new workplace techniques is to identify potential obstacles – internal and external – to implementing the new concepts you may have learned about in the workshop:  “External obstacles could, for example be time restrictions, or the expectations of other people,” she explains, adding that when people get clarity on what those obstacles are, it also helps them expect and manage the fearful messages expressed by the limbic system.  “We are able to avoid being blocked by these obstacles by simply bringing them into our conscious awareness,” she explains, adding that on an anecdotal basis, she finds that women tend to experience more internal obstacles than men.  “From my observation, the obstacles that tend to come up for women often seem to be more internal – for example issues of self-confidence or fear of letting other people down,” she says, adding that in the past, the feedback from women has been that her strategies are extremely effective if implemented as recommended.

A third strategy is constant repetition of a new technique or skill to create the new neural pathways required to ‘bed in’ a new technique and make it routine:  “Research has shown that on average it takes around 66 days or more than two months to implement a change of habit or create a new habit – and it can actually take up to 230 days to change a habit! ” So give it time, she counsels, warning that all the obstacles, external and internal, will continue to arise and will be significant to the person trying to implement change, because their limbic systems are opposing change.  “I find that people will try something a few times and if it doesn’t get them the outcome they want, they will drop it – they drop it because they don’t realise that it takes two months on average to make it an automatic habit,”  she concludes. 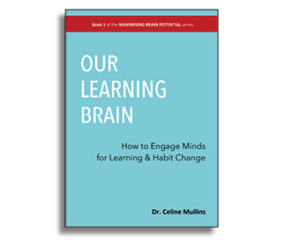 She was named after a famous surf break on...