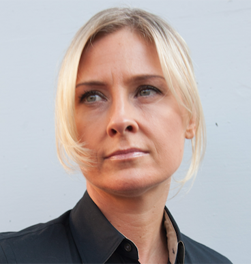 Grainne Barron, CEO and founder of Viddyad, a video technology platform, has been appointed to the Governing Authority of University of Limerick (UL) by the Minister for Education and Skills, Richard Bruton TD.

Grainne Barron is responsible for commercial product development internationally for Viddyad. She is a recognised expert in video advertising technology and has been featured on WSJ, Bloomberg TV, TechCrunch, USA Today and other leading news outlets.

Grainne, who is on the Crunchbase User Advisory Board in San Francisco, has been listed as one of the most influential business leaders in technology in Ireland and won the PWC Most Innovative Startup award. Viddyad also won the advertising category of Sir Richard Branson’s Extreme Tech Challenge, at the Consumer Electronics Show 2017 as well as the Web Summit Spark of Genius award for Best European Technology Innovator.

Grainne was awarded the L’Oreal Women in Digital Award 2016 in NYC. Grainne also recently received the International MBA Entrepreneur of the Year Award in London for her achievements in the innovation and technology sector.

Minister of State for Training, Skills,...