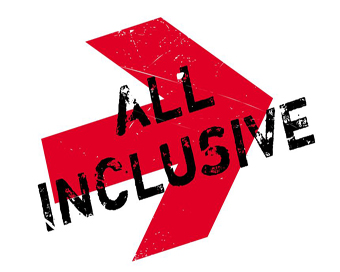 Recent female-led movements such as #MeToo and #TimesUp have highlighted serious issues around gender inequality and statistics around the gender pay gap and representation suggest that real parity is still several years away.

A key shift towards progress in gender diversity has been from the attitude that it’s solely a ‘women’s issue’. While it is generally accepted that men have an important role to play in the progression towards equality between the genders, this about-turn is relatively recent. When Catalyst, a global non-profit, working towards inclusive workplaces, conducted the first research into this area in 2009, the assumption then was that diversity and inclusion were women’s responsibility, according to Sandra Ondraschek-Norris, Senior Director for Catalyst Europe.

The solution then was to set up women’s networks and men were often, unwittingly, left out of the conversation, Sandra says.

In recent years many multinational companies such as Salesforce and Accenture have introduced programmes for male leaders which aim to improve and encourage diversity and inclusion in the workplace.

A global study conducted by the Boston Consulting Group shows that among companies where men are actively involved in gender diversity, 96% reported progress, compared with only 30% where men were not involved.

So how can men contribute to the conversation in the workplace and in their personal lives?

Apart from sponsoring and being an advocate for women, there are a number of actions that men can take.

Changing the culture in an organisation starts with awareness of our unconscious assumptions about gender roles and abilities. When conversations about gender diversity are facilitated in a positive way, we’ve seen encouraging results with men getting involved and wanting to be champions of women’s progress, Sandra says.

Instead of focusing on blame and systemic barriers that women face and the systemic privileges that men enjoy, framing the conversation around a “fairer workplace” can encourage men to see the issue from a different perspective.

Fix the system – not the women

A recent study published in the Harvard Review found that among the 500 participants, men were promoted faster than women despite no differences in their performance and behaviour.

While men do enjoy gender privilege, “the key message to get across is ‘it’s not your fault but it is your responsibility as male leaders.’ We’re not blaming you for the way the world is, but we are saying we need you to step up and be active allies and advocates in this area,” Sandra adds.

Be a role model

Men can play their part in the effort towards achieving gender parity by being role models for diversity and inclusion, Johanna Fullerton, MD of business psychologist practice, Seven, says.

Sharing their views with colleagues on what gender equality means for them and why it’s important for their organisations will go some way to supporting their female counterparts.

Calling out discrimination and inequality where they see it and being proactive about challenging bad behaviour will help to change the culture in an organisation, according to Johanna.

Sandra Ondraschek-Norris believes that being supportive of women’s voices and ideas in meetings is another area where men can contribute to a more equal playing field in the workplace. Specific actions around changing the dynamics in meetings include where women are being interrupted, talked over or not having their ideas heard, Sandra says.

Listening to female colleagues and friends is key. Men may avoid having uncomfortable conversations around gender equality because they feel blamed. However, listening is an important way of understanding the other person’s experience.

“Men and women experience the workplace differently and men often don’t realise that it’s the same workplace and a different reality,” Sandra adds. “Until a man sits down and listens to a female perspective he won’t get it.”

Men need to ask, “what’s in it for me?”. Contrary to the zero-sum mentality that if women gain, men lose, there are clear benefits for men, Sandra says.

Research shows that where men feel less pressured to conform to gender norms and roles, they are happier, healthier, have better relationships, are better parents, and have less “breadwinner pressure”.

And finally, understanding the why

New research conducted by EY among more than...