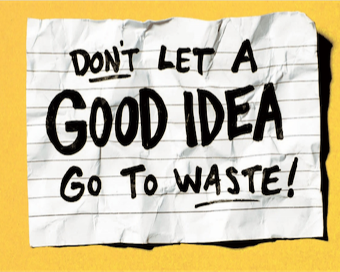 Speaking at the launch of this national competition, Darren Ryan, CEO of Social Entrepreneurs Ireland said, ‘People are used to innovation in the commercial sector, but for Ireland to be in a position to tackle the challenges we face as a country, we need to support energetic people with entrepreneurial ideas, to take a different approach to solving social issues. We are uniquely placed as an organisation to be able to back these early-stage ideas with the potential to have an enormous impact on lives across the country. We are excited to see what ideas 2018 will bring.’

Previous winners of funding and support also include FoodCloud, which has to date delivered over 25 million meals to people in need; The Irish Men’s Sheds Association which now has over 400 sheds around the country, working with more than 10,000 men every week; and CoderDojo, which has been a worldwide success.

There will be up to 8 winners in the Awards category, which supports people with existing projects aimed at solving a social problem. The Award is valued at €25,000 , with €10,000 in direct funding. Up to 30 people with early-stage ideas will win a place in the Academy for Social Entrepreneurs where they will receive mentoring and support and the opportunity to pitch for seed funding, to spark their idea into action. DCC plc, the international sales, marketing and support services group, is the flagship supporter of the Social Entrepreneurs Ireland Awards.

Applications for the Awards programme are open until 5pm on March 20th. Interested candidates can apply or find out more here>>