Is Our Future Flexible? 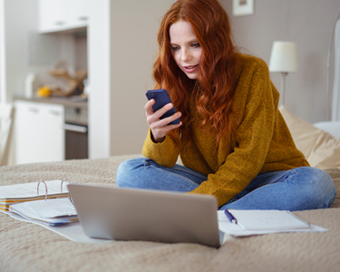 There is no doubt that in the 21st century work practices have changed. The 9 to 5 has been replaced by a myriad of variations on the working day and advances in technology have made it possible for millions around the world to cut out the commute and work from their kitchen table.

Growing demand for work/life balance, particularly among young working parents and millennials, is driving the trend towards greater flexibility for employees. And companies are recognising the need to meet this demand as they struggle to attract and retain valuable talent.

Flexible working was recently recommended at a conference in Dublin as a solution to bridge the gender pay gap. More options around location and hours would make working mothers more likely to take on more senior roles, it was suggested at the event organised by the Department of Justice. But what is ‘flexible working’? The term encompasses roles with part-time hours, staggered start and finish times, options to work remotely at home or at a local co-working space, and contract or project roles.

While we hear much about the ‘gig economy’, Charley Stoney, MD of Alternatives says the recruitment agency pioneered this way of working when they started in 2000, long before the term was invented. It suits those who prefer not to commit to a permanent role and would rather work on multiple projects as a consultant or contractor, she says. For businesses it was all about being able to afford great marketing talent in the short-term or for projects, she says.

While in the US employers have long embraced the practice; a recent Gallup poll found 43% of American employees spend some of their time working remotely, in Ireland about 216,000 or 11% of the two million-strong workforce work flexibly to some extent, according to Vanessa Tierney, founder of Irish recruitment startup Abodoo.

The statistics are similar in the UK where the Trades Union Congress (TUC) estimates that there are now over 4.2 million people – or 13.7% of the workforce – working from home.

However, despite the upward trend, there is still a huge gap between the demand from the workforce and what companies are prepared to give, Charley Stoney claims.

While some of the large corporates, banks and the big tech sectors have already embraced the practice, there is still a “slightly dinosaur attitude” towards flexible working here and a reluctance in some companies to take that “leap of faith”. Charley believes that employers who want to retain and attract talent offering flexibility will “reap rewards”.

She cites a 2017 Alternatives survey of 1,200 marketing and digital professionals which found flexible working was ranked no. 3 on the list of engagement factors across every level, from director to manager, practitioner to support.

A recent report from Ibec found attitudes are changing; 26% of employers said they are considering more flexible working arrangements to attract staff, while 37% currently provide or plan to provide new flexible working and a further 30% are considering flexible arrangements to retain employees. However, according to Vanessa Tierney of Abodoo there are issues for companies around trust and concerns around data protection, particularly in the banking and medical sectors.

What is clear is that a major shift is happening across many industries. Leading the way are tech and multinational service-based companies, such as Shopify, which recently advertised for a number of remote roles operating from its base in Galway

So what about the workspaces of the future? Could we be moving away from the corporate open plan model to hot desk hubs? Vanessa thinks so. Two years ago, co-working spaces were mostly used by self-employed or startups. Now, it’s nearly 50/50 she says and is mainly employee-driven. “It’s employees saying ‘look it’s the summer can I work from Tralee four days a week?’” She says some of the top brands are doing it, but the practice is “under the radar.”

Career coach Jane Downes says remote working can allow employees to focus on certain tasks without constant interruptions from an office environment. “We are social beings by nature, we need interaction, but sometimes we need space too,” she says.

For others taking out the hassle of the commute can decrease their stress levels and allow them to spend more time with their families. And for employers, studies have shown that employees who are given flexibility in their role pay it back with dividends, with increased productivity and performance. However, while the multitude of benefits for flexible workers are well documented, for those who may be carrying out their role from a hot desk or home office, there can be downsides.

Jane Downes agrees that there is a risk that remote employees can feel isolated and suffer a lack of confidence, and lead to a ‘them and us scenario’ in their minds. We shouldn’t underestimate the power of social connectedness and the comradery that sharing a physical space and having a bit of banter creates, she says. “What naturally happens is that when we create what we call a position of social connectedness in our workplace culture people start to do things for each other. “Relationships get built, and it’s give and take. If you’re away from the workplace, it can be out of sight, out of mind.”