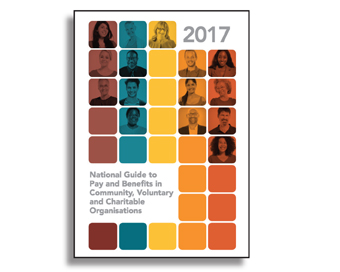 A subset of the 2017 National Pay and Benefits Survey and the second in the series, the Gender Pay Gap research, commissioned by The Community Foundation for Ireland highlights an increase from 14.2% in 2015 to 16.7% in 2017 in the gender pay gap for management in the community and voluntary sector in Ireland. The survey was conducted by research agency Quality Matters.

The Gender Pay Gap research also examined the proportion of males to females in management positions. Males would appear to be disproportionately over represented at the higher levels of management and under represented at the lower levels. The research found that while males made up only one third of all managers, they were more likely to be working at the higher levels of management (Head of Organisation and Head of Function/Senior Manager) than females. Some 76% of all male managers were working at these levels compared to only 59% of females. For top level jobs and for Chief Executive roles, males were also more likely to work in large organisations and in organisations with the highest income. Male Chief Executives are more than twice as likely to be found in large-sized organisations with 100 or more employees at 26% compared to female chief executives at 11%. Only 8.6% of female chief executives work in the highest income organisations with an income of more than €5 million compared to 34.6% of males.

Tina Roche, CEO, The Community Foundation for Ireland on the launch of the report:

“We felt it was very important to commission the survey again this year to highlight the ongoing gender pay gap issue in the Community and Voluntary Sector, one that has widened since 2015. In a sector that is made up of almost two thirds female employees it is shocking that women are not receiving equal rates of pay. Government must remember to include the Community and Voluntary sector in the National Strategy for Women and Girls 2017-2020 to ensure that the gap does not further widen and that women are paid at an equal rate to men.

It is extremely important for the public and especially the donors we work with that the community and voluntary sector is open and honest and adheres to the highest standard of governance.”

Is Our Future Flexible?

There is no doubt that in the 21st century...