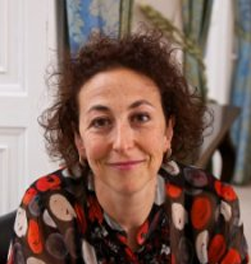 Tania Banotti has been appointed as the new Director of Creative Ireland, the Government’s five-year plan to place the creative arts at the heart of communities throughout Ireland.

Tania takes over the role from former Director John Concannon, bringing her extensive experience in arts and advertising, and background in media, politics and economics, to the initiative. John Concannon is now head of the Taoiseach’s Strategic Communications Unit (SCU).

Tania most recently served as Chief Executive of Advertising Practitioners of Ireland (IAPI). At IAPI, Banotti led efforts to promote women in the workplace, launching the Doyenne Awards in 2014. She was also integral to the move to involve the IAPI with the Cannes Festival.

Congratulating Tania on her new role, the Minister for Culture, Heritage and the Gaeltacht, Josepha Madigan TD said that: “I have no doubt she will make an enormous contribution to the work of Creative Ireland and continue to ‘place creativity at the centre of public policy’.”

Of her new role, Tania is: “…over the moon to be appointed to this role. Creative Ireland is a hugely ambitious initiative. Many of its goals are ones I have worked on my whole professional life so I’m looking forward to starting.”

Banotti holds a master’s in film & television from Dublin City University and studied politics and economics at Trinity College Dublin. The daughter of former Fine Gael MEP Mary Banotti and niece of ex-FG government minister Nora Owen, she is a founder and former Chief Executive of Screen Producers Ireland (SPI). She has also worked for the National Campaign for the Arts (NCFA).

Sarah-Jane Larkin has been appointed...

EY Ireland is pleased to announce the...