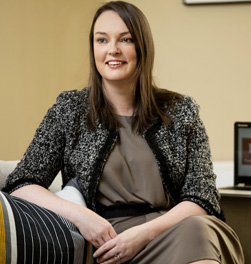 Sarah-Jane Larkin has been appointed Director General of the Irish Venture Capital Association (IVCA). Ms Larkin was formerly commercial director of MSD (Merck – NYSE: MRK). She has worked at director level in the healthcare and medical device sectors for over a decade for organisations including J&J, Sisk Healthcare and the Irish Medical & Surgical Trade Association.

A graduate of UCD, she holds an MBA from the Smurfit Business School.

Commenting on her appointment Ms Larkin said, “At a time of huge global change it is more important than ever for Ireland to accelerate the development of indigenous high potential companies and the IVCA has a critical role to play in this.”

The Irish Venture Capital Association is the representative organisation for venture capital firms in Ireland. Since the onset of the credit crunch in 2008, more than 1,450 Irish SMEs raised venture capital of €3.6bn.

Ms Larkin replaces Regina Breheny who has taken up another role in financial services.

Debbie Byrne has been appointed as Managing...

Tania Banotti has been appointed as the new...