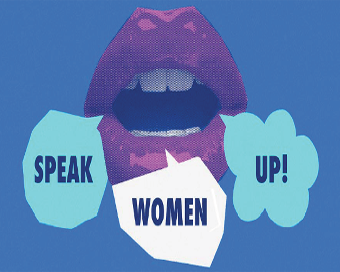 We have all experienced that moment when someone says or does something that we do not fully agree with; others feel the same and yet no one speaks up. We pause to muster the courage to address the issue – to challenge the idea or the action – but we pause too long and the moment passes. Does this sound familiar?

Results from the Cornell National Social Survey (CNSS) show that we are not alone; 20% of respondents stated that fear of being reprimanded led to them choosing not to speak up or challenge. This is consistent with research conducted by Ethan Burris at McCombs School of Business (University of Texas); not only do employees who challenge more face increased hostility from their managers, they are more likely to experience a negative impact in their performance assessment outcomes. This is likely to occur even when they take a constructive approach to challenging their managers and business leaders.

Despite the protections given to employees, many choose not to speak up even when they are aware of notable misconduct in their organisations. A survey conducted by the Institute of Business Ethics found that of the 20% of British employees who were aware of misconduct, only half of them chose to report it – _with the other half citing fear of retaliation as a reason they held back. However employees should not be put in a position where they feel they have to choose between protecting themselves and protecting others.

Thurgood Marshall, the first African- American Justice of the Supreme Court of the United States said: “Where you see wrong or inequality or injustice, speak out, because this is your country. This is your democracy. Make it. Protect it. Pass it on.Ó This applies just as much to organisations – _by speaking up and challenging appropriately, we each have the opportunity to positively contribute to the culture of the organisation, its long-term success and the cultures we pass on to the next generation of leaders.

We also know that constructive challenge is at the heart of cultures that encourage innovation, and is also an increasingly recognised requirement when looking at corporate governance. In McKinsey’s 2016 “Toward a value-creating board” report, it was found that on the most forward thinking and value-creating boards 76% of directors felt they constructively challenged each other and the management team; this compared with only 53% of directors on “complacent boards”. A number of other reports and research papers also point to the advantages of challenge in teams and across organisations. Why then do most of us hesitate when it comes to providing constructive challenge?

In addition to the risk of being reprimanded, another reason is perception; there is a fear of being seen as confrontational even when the challenge is positioned carefully. Antonia Macaro and Julian Baggini wrote in the Financial Times about the importance of differentiating between challenge and confrontation; the former being more constructive and the latter sometimes being more adversarial. Depending on the culture – both societal and organisational – in which we work, challenge can be perceived negatively and lead to defensiveness thereby not achieving the challenger’s goal.

The impact of perception is particularly important given its implications for women. According to research conducted by Leah Sheppard and Karl Aquino, female-female conflict is perceived more negatively than male-male or male-female conflict. It’s a double whammy for women; challenge and not only is it perceived as confrontational and adversarial, it is potentially also viewed more negatively compared to when male colleagues find themselves in a similar situation. Does this lead to women feeling less comfortable about speaking up?

(This interview was published in our recent annual WMB Print magazine).

By any measure, the pharmaceutical industry...

Fancy some Seaweed on the...

As we become more conscious of the origins...