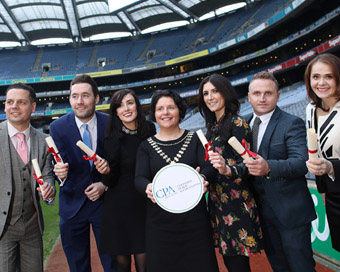 The Ceremony for the 2017 Institute of CPA Ireland Conferring took place in Crowe Park where Deirdre Kiely, President of CPA Ireland said: “We continue to see full employment among newly conferred CPAs, reflecting the strong reputation among employers for the CPA qualification. The demand for accountants reflects the continued growth in the economy and has reached new heights with employers telling us they are now finding it increasingly difficult to fill vacant positions”.

Deirdre said that “students enrolling in the profession ‘fell off the cliff’ during the recession and have not recovered despite the wealth of opportunities for newly qualified accountants. Although slowly increasing, new students remain 27% below pre-recession levels. We estimate a shortfall of almost 15,000 trainees over the last decade among all professional institutes.”

PayPal Techies Get Behind...