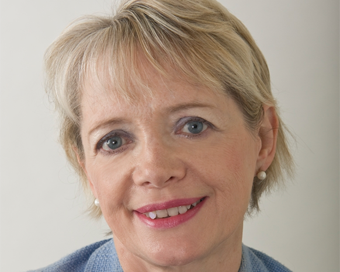 The latest Female FTSE Report reviews the influence of board evaluations on diversity and recommends clearer guidance and a Code of Conduct. This year’s Report, by academics at Cranfield School of Management and Exeter University Business School, sponsored by Aviva and the Government Equalities Office, reveals that while the number of women being appointed to FTSE 100 boards has increased, few women are fulfilling senior roles on those boards.

Cranfield School of Management’s Professor Susan Vinnicombe, CBE, said: “While it is encouraging to see the significant increase in FTSE 100 non-executive director positions held by women over the past ten years, it is dispiriting to see that few of them move into senior roles. Just 8% of women hold senior positions on boards, compared to 34% of male non-executive directors.”

This year’s 2017 Female FTSE Report also reviews the board evaluation industry and their role in promoting gender balance in the boardroom, through a series of in-depth interviews with board evaluators. The Report adds significantly to the evidence base around the importance of diversity on boards and demonstrates the crucial role Chairs play in promoting diversity on boards.

The Financial Reporting Council considers that disclosure in the Annual Report should include information on which type of external evaluation was undertaken, in addition to a summary of actions taken since the evaluation.

The board evaluation industry adopts minimum standards for reviews, in the form of a Code of Conduct, kitemark or other method by mutual agreement.

Professor Ruth Sealy from University of Exeter Business School who co-authored the Report, said: “In our board evaluator study, the more sophisticated behaviourally-focused evaluations were extremely clear about the considerable benefits of a critical mass of diversity affecting boardroom behaviour, culture and effectiveness.

They evidence this through the dynamics of better debate and decision-making. Our unique findings should encourage more Chairs to strive for, and more investors to insist on, maximising the benefits of a critical mass of boardroom diversity.”

Since 1999, the annual Female FTSE benchmarking report has provided a regular measure of the number of women executive directors on the corporate boards of the UK’s top 100 companies. This year’s report was sponsored by Aviva.

Apply for Going for Growth

Going for Growth, the award-winning business...