Females twice as likely to be earning National Minimum Wage! 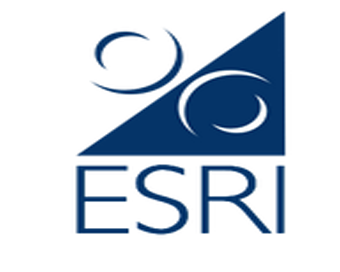 The ESRI has just published a study funded by the Low Pay Commission, to examine the characteristics of workers earning the National Minimum Wage (NMW) in Ireland. The study uses Irish data from the Survey of Income and Living Conditions (SILC) to examine the factors underlying differences in the relative risk of being in receipt of the National Minimum Wage (NMW) among groups with relatively high rates of exposure to NMW employment, such as females, young people and non-Irish nationals. The research finds that 4.9 per cent of employees were in receipt of the minimum wage in 2014. However, the percentage was substantially higher among particular sub-groups of workers. Specifically:

Females were over twice as likley to be earning the minimum wage relative to males. 6.9% of female employees were in receipt of the NMW, compared to 2.7%of male employees.

The NMW incidence was almost three times higher among part-time workers compared to their full-time equivalents.

At 9 per cent, the incidence of minimum wage pay among non-Irish nationals was over twice that of Irish employees (4.2 per cent).

Young people aged 18–29 are more likely than people in other age groups to be on the minimum wage (13.9 per cent).

Further analysis revealed that most of the higher exposure to NMW employment among females and young people was driven by characteristics of the jobs which they are more likely to hold. Females on the NMW were more likely to work in part-time jobs, in smaller firms or in sectors such as accommodation and food. Jobs with these characteristics raise the likelihood of minimum wage employment. The greater likelihood of being on the NMW among young workers disappeared when we take account of tenure, job type, occupation and sector. This suggests that the higher NMW incidence among young people is explained entirely by factors such as lower levels of experience and the type of employment undertaken. However, non-nationals were found to experience a higher incidence of up to 3 percentage points relative to Irish employees even after job characteristics were controlled for.

Further research is required to understand the extent to which Females choosing to work part-time or to balance work and family life with a full-time job can do so within their chosen occupations or are forced to switch to lower-paying sectors or occupations. Given that sectoral effects also appear to play a role in explaining the higher relative risk experienced by non-Irish nationals,young people and workers with low levels of schooling, the reasons underlying low pay in sectors where NMW employees are heavily concentrated require further investigation.

Founder and CEO of Complete Laboratory...