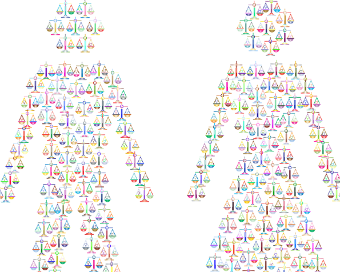 A new study of workplace equality has predicted that the global gender gap won’t close for another 217 years. Despite a decade of progress in health and education, the report by the World Economic Forum found that the overall gap is widening.

It found that equality in the workplace has slipped back and the WEF estimates that at current rates the gender gap won’t close until 2234. Across the four areas the gap is expected to take 100 years to close, longer than the 83 predicted in the 2016 report.

Ireland ranks in eighth place in the global index, while France and Canada have made advances towards equality in the past year. Iceland retains the top spot as the most gender-equal country in the world, while the United States dropped four places to 49th.

‘In 2017 we should not be seeing progress towards gender parity shift into reverse. Gender equality is both a moral and economic imperative. Some countries understand this and they are now seeing dividends from the proactive measures they have taken to address their gender gaps,’ said Saadia Zahidi, Head of Education, Gender and Work, World Economic Forum.

The research concluded that in order to attain equality in the workforce, current imbalances between sectors need to be addressed. In carrying out its research with LinkedIn, the report found that men are under-represented in education, and health and welfare, while women are under-represented in the areas of engineering, manufacturing and construction, and information, communication and technology.

Such segmentation by gender means that each sector loses out on the potential benefits of greater gender diversity: greater innovation, creativity and returns, according to the report.

Of a total of 14 variables used to create the Index, 13 come from public data indicators from global organisations, such as the United Nations Development Programme and the World Health Organization. One comes from a survey carried out by the World Economic Forum.

The global marketplace has become...