Moving at a Snail’s Pace on Gender Equality 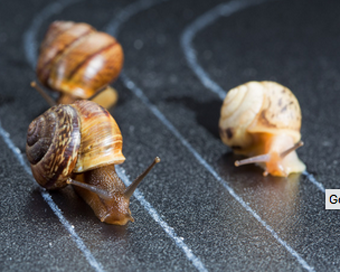 The updated Gender Equality Index shows where Europe stands today. We are moving forward but overall progress is very slow. The EU’s score is just four points higher than ten years ago, now 66.2 out of 100. The top performing country is Sweden with a score of 82.6, while Greece moved to the bottom with 50 points. Ireland sits slightly above the EU average at 69.5%.

‘We are moving forward at a snail’s pace. We are still a long way off from reaching a gender-equal society and all countries in the European Union have room to improve. In some areas, the gaps are even bigger than ten years ago. Our Gender Equality Index clearly shows whether government policies are matching the specific needs of women and men and whether they are working or not’ said Virginija Langbakk, Director of European Institute for Gender Equality (EIGE).

‘The new results of the Gender Equality Index show that across all areas of life inequality prevails. This means Europe has a duty to act. This year I will propose further measures to help empower women and address the gender pay gap. Equality is not about making women more like men, but about creating an environment where both sexes can have equal choices and fully participate in social, work and family life’, said Věra Jourová, Commissioner for Justice, Consumers and Gender Equality.

The biggest gains for gender equality are in decision-making

The biggest boost for gender equality over the last ten years has been in the area of decision-making, especially in the private sector. This shows that political and public pressure can work and it did well to bring change on private company boards. Although gender equality in decision-making improved by nearly 10 points over the past decade to reach 48.5, it still has the lowest score. This largely reflects the uneven representation of women and men in politics and marks a democratic deficit in EU governance.

This year, the Gender Equality Index presents a new and more comprehensive picture of power. In addition to political and economic decision-making, the results show who rules in the areas of media, research and sports. In the media landscape, there are clearly more women who study journalism (two thirds of graduates) but few make it to the top. The decision-makers in the media are mostly men (women make up 22% of board presidents of public broadcasters in the EU). In the area of research funding, women make up less than a third (27 %) of the heads of research funding organisations. The situation is even worse in the sports sector, where women hold only 14% of top positions in the sports federations across the EU.

Progress stalled – women still do most of the housework

Progress has slipped backwards in 12 countries when it comes to the time use of women and men. Only every third man engages daily in cooking and housework, compared to almost every women (79%). Men also have more time for sporting, cultural and leisure activities. Migrant women have an especially high burden when it comes to caring for family members, compared to women born in the EU (46% and 38% respectively).

The Gender Equality Index is a tool to measure the progress of gender equality in the EU, developed by the European Institute for Gender Equality (EIGE). The Index has six core domains – work, money, knowledge, time, power and health – and two satellite domains: violence against women and intersecting inequalities. It gives more visibility to areas that need improvement and ultimately supports policy makers to design more effective gender equality measures.  To download a summary of the findings visit here.

The question of getting more women on boards...

The global marketplace has become...