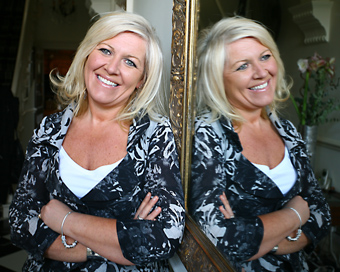 Irish charity boss Debbie Deegan of ‘To Children with Love’, has been chosen to speak at the 19th World Festival of Youth and Students (WFYS). Taking place in the Olympic Village in Sochi, Russia from October 16th to 22nd.

Deegan was the only Irish participant selected and she will deliver a talk on the subject “There is no success, without kindness”. The Clontarf native will join a host of distinguished speakers such as world-famous motivational speaker Nick Vujicic, Director General of the World Wildlife Fund, Marco Lambertini, Director for Foreign Policy of Google Avni Doron, French writer Frederic Beigbeder, FIFA Secretary-General Fatma Samoura and many others.

Almost 150,000 people from 190 countries submitted bids for participation in the event which this year marks its seventieth anniversary of the festival movement. The first gathering took place in Prague in 1947 with Quito, Equador, hosting the last festival in late 2013. This year, over 50,000 visitors from 180 countries are expected to attend.

“The subject of the talk I have been asked to deliver is “There is no true success without kindness.” I absolutely agree with the statement. Relentless kindness among other skills is key to our success. To have been chosen to talk on the subject is a testament to the work of our charity and the Irish and Russian people who have supported our work there for 19 years. I will be on stage with four simultaneous translators, using four languages, spreading the message and benefits of kindness. It is an honour.” Says Debbie Deegan, founder of ‘To Children with Love’.

Having founded ‘To Russia with Love’ in 1998, the charity went on to transform the lives of thousands of abandoned and orphaned Russian children, with the help of many local administrations. Of the 5,264 children supported over 20 years by Irish people, 77 per cent have integrated successfully into society.  Debbie received the Newstalk WMB Social Entrepreneur Award in 2014 for her wonderful work.

In 2016, the charity decided to expand their programmes to Ireland where they now also work, building brighter futures for Irish students affected by social divide and educational inequality. The goal of the programmes is to support young people to achieve their full potential in education, employment and life.

The World Festival of Youth and Students was created to bridge deep-rooted ideological differences among the different countries of the world, and it continues to unite students and young generations from across the globe. It will be the largest mass gathering of people, outside of a sporting event, to take place in 2017.

Young people from around the world unite to develop a vision for the planet’s future and will spend a week shaping the main trends in global development for 2030. The event will deal with key issues of our times, including environment, accessible energy, poverty, science, the information boom and accessible education.

The Festival is organised by its founder, the World Federation of Democratic Youth (WFDY), which has consultative status with UNESCO. 2017 was also the first year ever that the festival was presented to the United Nations in January in a bid to attract more attention and ensure world-wide willingness to participate in the event.

At a special Dojo event organised by...

Founder and CEO of Complete Laboratory...