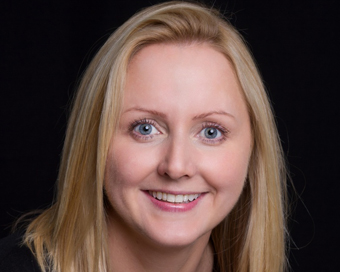 Despite this, on a business trip to the States with a client firm, the young executive – one of only two high-ranking businesswomen on the trip – found herself shepherded onto a mini-bus full of female secretarial, administration and support staff.  This bus, she discovered, was going one way, while a second mini-bus, packed with male executives, went another.

“I was one of only two women out of about twenty,” she recalls.  “They asked me to go on a bus with the secretaries, administration staff and support staff, who were all women. It turned out that the guys were going to a strip club, and I was not invited.”

That was back in the late 1990s. These days, of course, nobody in their right minds would dare to even suggest that Wicklow-born Lee go find herself a seat on the non-executive mini-bus.

Now the managing director for early-stage banking operations for the prestigious Silicon Valley Bank (SVB), Lee, who acted as an adviser to former US President Barack Obama’s state department – even writing some of the lines for his speeches – is a very big wheel indeed. But there’s another very interesting thing about Claire Lee – she’s never put a CV together in her life.

“Someone asked me for a CV recently, but I never really had one. I never really needed a CV,” she ponders. “I never applied for a job; these jobs would show up and people would ask ‘do you want to do this’ – things always just showed up.”

Three years ago, Lee was recruited into the prestigious Silicon Valley Bank from Microsoft, where she was the principal of Microsoft Ventures and head of partnerships.

She credits her time with Microsoft – which she describes as “probably the best decade of my life,” as one of the main building blocks in her ascent through the corporate world.

Others included a crucial period spent at IBM, which the Wicklow woman joined straight out of college with a business and marketing degree, and, later on, Ingram Micro, which trusted her, at the age of 26 to run its sales, marketing and supply chain departments.

She joined SVB in 2014. “I felt I was going to work for a company which has a very important mission to provide access to capital,” says Lee, who has now been based in San Francisco for several years.

It’s hard to miss the determined, and increasingly vocal,  campaign for inclusion and diversity in business in the US – but it’s equally difficult to ignore the bottom line when it comes to female representation, both on the boards of big business and in the venture capital area. “The representation of women on boards and in the venture capital area was very low – and is very low. It did not improve in the six and a half years that I have been living here,” says Lee, pointing to the fact that just 7% of  partners in VC firms are women – and that a miserly 3% of all venture capital funding in the US goes to female founders.

This is underlined by a 2014 study commissioned by the National Women’s Business Council, which showed female entrepreneurs have half the capital of their male counterparts when they start a company. Ouch.

“There’s a lot of work to do,” observes Lee, who recently wrote on Medium, the Women’s Forum for the Economy and Society, that investing in “extraordinary people (both male and female) is a good strategy.”

Raising money, as she pointed out in that piece, is never easy – nor should it be. “Only the best will survive and thrive  —  but the bias towards certain constituents (at the expense of others) is hard to ignore,” she wrote.

And, as she observed at the time,  the case for gender equity is compelling – a global study of 4,000 businesses by McKinsey in 2015 showed that companies with strong female leadership posted a return on equity of 10.1% per year versus 7.4% for those without.

A survey carried out in 2016 by SVB revealed that 46% of its tech and life science (client) companies had no women in executive positions. Two-thirds, it found,  had no women at all on their boards of directors.

However, the good news is that women are no longer prepared to stay quietly in the corner, says Lee. “Everyone can make a difference – you can be part of the problem or part of the solution.

“There is a movement, an uprising occurring.  I notice women are now saying ‘I will not be quiet – this doesn’t work for me.’

“They are finding their voice and forming groups and pushing for change – from what I can see there is more pressure on institutions to change how they do stuff.” There is institutionalised bias and exclusion, she says, and it has to be stopped. There are some fundamental  things we can do to change the ratio, she believes. One of these is to actively source a list of potential female candidates during board selection processes. Another is to educate top-tier Venture Capital firms about the need to hire more female general partners and  invest in female entrepreneurs.

And it is necessary to forsake the tradition of running solely guy-orientated business events like golf games followed by beer-and-pizza. Make it a priority to include female entrepreneurs on the guest-list at big business dinners, she suggests – even if, as she acknowledges, this poses a challenge. “I struggle to find female entrepreneurs because there are not that many of them. They don’t get the financial backing and can go out of business. There are not as many of them networking and they can be harder to find.”

But, as she’ll tell you herself, they’re there if you’re willing to look hard enough….

The story of how The Irish Fairy Door...

Lisa Dillon is looking for 200 talented...