And the Winners are: 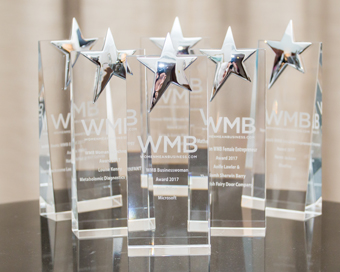 Opening the event, An Tánaiste and Minister for Business, Enterprise & Innovation, Frances Fitzgerald TD said: “As an avid supporter of female entrepreneurs and businesswomen, I am delighted that the Women Mean Business Awards is in its 11th year and going from strength to strength. With the variety of awards here today, we can see the breadth of women’s ingenuity and ability to perform at a high level in the business world.

“Women networks and platforms, such as Women Mean Business, are crucial to encouraging more women to advance their careers and establish their own businesses”. As Minister for Business, Enterprise & Innovation, I am now in a job where I will seek to ensure that women in business are the leaders in business. I would like to wish all the competitors, and especially the winners, every success in their future ventures.”

We are delighted to introduce our annual...