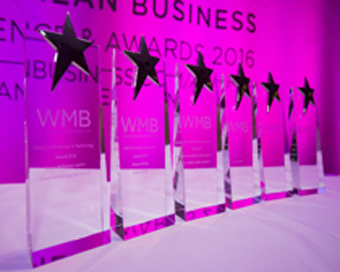 We are delighted to announce the 2017 finalists for the WMB Awards. As always the standard was incredibly high and the judges were humbled to read such inspiring submissions. Congratulations to those shortlisted.  The Winner for each of our Six Award Categories will be announced on Monday October 2nd at our Annual Conference & Awards.  To find out more and to book a ticket to the event, visit our dedicated Awards microsite here »

And the Winners are: