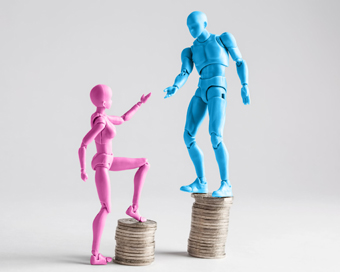 Whole of Government approach – Tánaiste Frances Fitzgerald’s Department of Business, Enterprise and Innovation to conduct wage surveys. The Minister for Justice and Equality, Mr Charles Flanagan TD, and the Minister of State with special responsibility for Equality, Immigration and Integration, Mr David Stanton TD, has announced the launch of a public consultation on tackling the gender pay gap.

The consultation will open for submissions from August 14. Employers, trade unions, educational institutions and members of the public will have six weeks in which to make a submission on what can be done to narrow the gap between male and female earnings. This process will take place in conjunction with the Department of Business, Enterprise and Innovation, which will coordinate engagement with the private sector, including wage surveys.

Including All of the Talent

The Tánaiste and Minister for Jobs, Enterprise and Innovation, Frances Fitzgerald, T.D, said, “I want us to drive a whole of government response addressing all aspects of the gender pay agenda, including working with my agencies on promoting female entrepreneurship, skills development and the uptake of STEM subjects, We need the hard data on what is happening in different sectors of the economy so as to influence individuals and employers in career choices, and I am working with my Department on developing the necessary evidence to support enterprise focussed initiatives in this area.”

Commenting at the launch, Minister Flanagan said: “Today, I am taking the first steps towards making the gender pay gap a thing of the past. This Government wants to create an agenda for change on this issue. That is why, in conjunction with Minister Stanton and the Tánaiste Frances Fitzgerald, we are launching a public consultation. We need to have a clearer understanding of the factors underpinning the pay gap so that Government action can be properly tailored towards tackling this issue effectively.”

Minister Flanagan continued: “The Government has made a strong commitment to advancing gender equality in Ireland in its Programme for Partnership Government and the National Strategy for Women and Girls 2017-2020. My priority is to ensure that we reduce Ireland’s gender pay gap. The Tanaiste’s Department will have its own announcements on this in due course, as this is a priority issue for this Government.”

Minister Stanton added: “This consultation offers an opportunity to give us your views on what can be done to narrow the gap. We will engage with employers and trade unions to get their perspective on tackling this issue.”

Minister Stanton continued: “Addressing the pay gap will bring concrete benefits for families across Ireland. Fewer women will run the risk of poverty, particularly in their old age. Families will have more income to address day-to-day bills. Children will learn the important message that they can expect to be treated fairly in the workplace, regardless of their gender.”

Minister Flanagan concluded: “Narrowing the pay gap is in all our interests. We need to draw on the talents of our people to help us to steer a careful course through the challenges ahead. I believe that this consultation can equip us to develop robust policies in this area. Informed by this consultation, the Government envisions meeting with all of the key stakeholders on the gender pay gap in the Autumn.”

Just Eat is the world’s leading...

Unleash the Full Potential of...

We enter into this New Year with Brexit,...