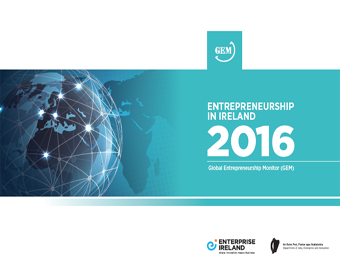 One in every 23 people in Ireland (aged 18-64 years) is a new business owner according to the Global Entrepreneurship Monitor (GEM) 2016 Survey of Entrepreneurship in Ireland, which was published recently. These figures are similar to the US and high compared to European countries.

Enterprise Ireland, supported by the Department of Jobs, Enterprise and Innovation, sponsored the GEM survey which was authored by Paula Fitzsimons of Fitzsimons Consulting and Dr Colm O’Gorman, Professor of Entrepreneurship, DCU Business School. The Global Entrepreneurship Monitor (GEM) is the world’s foremost study of entrepreneurship. 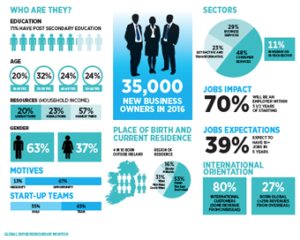 According to the report findings, the culture in Ireland is very supportive of entrepreneurship – the highest in Europe in terms of popular regard for successful entrepreneurs. It’s interesting to note that the number of female entrepreneurs is also the highest since the Survey began 17 years ago.

Commenting on the GEM Survey, An Tánaiste and Minister for Business, Enterprise and Innovation, Frances Fitzgerald TD said: “The GEM 2016 report provides timely research which will help inform our entrepreneurship strategy and in particular, the mid-term review of The National Policy Statement on Entrepreneurship. With 35,000 new business owners in 2016, Ireland ranks 6th highest in Europe for new business owners. I am particularly heartened that the rate of early stage entrepreneurship in Ireland has now returned to the levels observed pre-recession and that many Irish entrepreneurs have growth ambitions and expect to be employers. 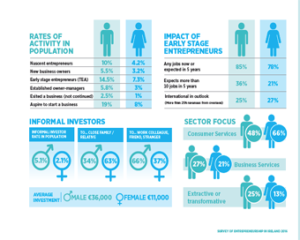 A Recipe for Success!

Remember the days when gluten-free foods...