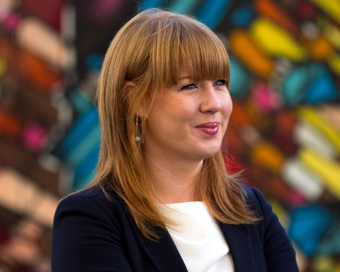 Building on 2016 WE Cities research, this study ranks cities based on the impact of local policies, programmes and characteristics in addition to national laws and customs.

Building on the past five years of Dell’ research on HPWE, cities were ranked on five characteristics: capital, technology, talent, culture and markets. These pillars were organised into two groups – operating environment and enabling environment. The overall rating is based on 72 indicators; 45 of these, nearly two-thirds, have a gender-based component. Individual indicators were weighted based on four criteria: relevance, quality of underlying data, uniqueness in the index and gender component.

Notable strengths for Dublin include the number of major European corporations headquarters here including Microsoft, Google, Amazon, eBay, Facebook, LinkedIn and Pfizer to name a few.

Though it ranked No. 29 for the Capital pillar in the Index, Dublin scores well above the median in Women’s Capital Base, with the city’s generous maternity and paternity leave policy as a major contributing factor.

Education is also a draw as Dublin houses 3 top-ranked global universities including Trinity College, University College Dublin, and Dublin City University and 7 accredited business schools within the city, which boosts its Talent score in the Access to Qualified Personnel sub-indicator.

The high costs of childcare and dependency on family support system operates as a barrier to women’s labour force participation, which is slightly below the WE City index median and contributes to the lower rank in the Talent pillar (at No. 35).

Women entrepreneurs account for only one-quarter of local enterprise office grant recipients. Among Enterprise Ireland’s high growth potential start-up businesses, only 15 percent were women-led, on average between 2012 and 2015 and Dublin ranked below median in the ease of starting a business.

Dell’s WE Cities Index provides a diagnostic tool to advise entrepreneurs and policy-makers on how to improve conditions to enable businesses founded by women to thrive. And according to extensive data and analysis, when impediments to female entrepreneurship are removed, there is a dramatic uplift in a city’s economic prospects

“Globally, women’s entrepreneurship rates are growing more than 10 percent each year. In fact, women are as likely or more likely than men to start businesses in many markets. However, financial, cultural and political barriers can limit the success of these businesses,” said Karen Quintos, EVP and chief customer officer at Dell. “By arming city leaders and policymakers with data-driven research and clear calls to action, we can collectively improve the landscape for high-potential women entrepreneurs, which in turn dramatically lifts a city’s economic prospects – as what is good for women is good for the economy.”

“It is in the world’s best interest that women entrepreneurs everywhere thrive. The WE Cities Index can be used as a diagnostic tool to help ensure that lawmakers are enabling women entrepreneurs to succeed,” said Elizabeth Gore, entrepreneur-in-residence at Dell. “Each of the cities on this list can learn from one another and encourage political change to attract and support women entrepreneurs. The resulting change will be felt at not just a city level, but around the world as we develop an ecosystem where all entrepreneurs can thrive regardless of gender.”

You can read the full report here.

Between them they’ve been involved in more...

One of the main barriers to women advancing...