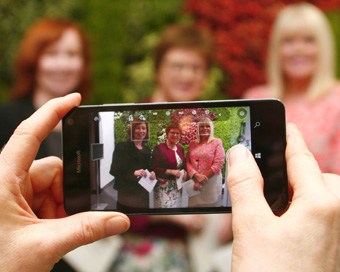 One of the main barriers to women advancing in tech-intensive industries is a lack of role models. This was one of the topics discussed at the recent Disrupt the Default | Closing the Gender Gap for Women in Tech event which took place in Dublin recently.

The event, which was attended by over 100 professionals, was organised by food services and facilities management company Sodexo and non-profit global group Catalyst. Sodexo Ireland president Margot Slattery opened the event, and she spoke about the company’s founder Frenchman Pierre Bellon, and his belief that quality of life for individuals was the true engine for the progress of all civilisations.

Sodexo is a global organisation which provides over 100 services to more than 75 million consumers a day in over 80 countries. Despite its size and reach, Margot said, Sodexo is not a company with big buildings or a “fancy” company. It’s a “people company,” and diversity and inclusion are “at the very core of what we do”. Through its Better Tomorrow 2025 plan, Sodexo aims to address gender inequality with a target of 40% of women in leadership roles within its organisation.

Sandra Ondraschek-Norris, senior director of Catalyst Europe, engaged the audience with an interactive-style presentation of the latest research, techniques and strategies being employed by organisations around the world to address gender inequality in the workplace.

A recent Catalyst report, High Potentials in Tech-Intensive Industries: The Gender Divide in Business Roles, found that 53% of women who began working in a business role in tech-intensive industries left for a position in another industry, compared to 31% of men.

Earlier she told WMB that in order to achieve gender balance male leaders need to get involved. “Engaging the men is just as important as empowering the women. It’s a no-brainer really because they’re still the majority of the leaders, so they have to be onboard if there is going to be change.”

One of the three key barriers that women report is a lack of role models, Sandra said. “We’ve seen in the tech-intensive industries is that women are less likely to join the companies and they’re more likely to leave. So if you get women leaving, then there’s a vicious circle of not enough women at the top, and people don’t have role models.”

Speaking at the event, Minister of State for Higher Education, Mary Mitchell O’Connor, praised the initiative describing it as “progressive” and “timely”. “For generations, women were told and taught that they should be in the home, that they should be a support, not a success and that science and technology and leadership were not for them.”

The Minister said STEM needs to be promoted as a viable career for women from primary level onwards. “Events like this are vital to that effort, and I have long admired the work of Catalyst to speed up progress for women in the workplace. It can’t happen quickly enough as far as I’m concerned.”

Mary Mitchell O’Connor cited statistics that show female students outperforming males and making up a higher proportion of graduates overall, yet while women represent some 42% of academic staff in the universities and institutes of technology, only 19% of professors are female. “Encouraging more young women and more young people to have an interest in and to acquire STEM skills and to move into STEM-related careers will help Irish companies secure the talent that they need to remain competitive on the domestic and international stage,” she said.

Catalyst’s Sandra Ondraschek-Norris also touched on the“myth of the ideal worker,” and that “women often fall into the trap of just working harder and assuming that they’ll be recognised for that.”

One key way that women can make progress in an organisation is by finding a sponsor and while there is much talk of mentorship, what women need is more sponsorship. Sandra elaborates: “What we’ve found is women have more mentors than men, but the mentors are less senior.” Explaining the distinction between the two, she said a mentor is someone who helps an employee develop and who gives advice, while a sponsor is someone “at a level of influence in an organisation and who can advocate for you. A mentor will talk with you, and a sponsor will talk about you.”