A Recipe for Success! 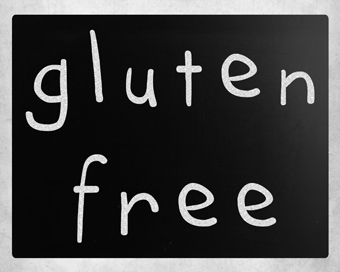 Remember the days when gluten-free foods were seen as medicinal and even vaguely unpleasant products that one had to source in a pharmacy.  When there was no such thing as a gluten-free birthday cake, and even gluten-free bread was difficult to find?  Not so long ago foods ‘free from’ substances such as gluten or lactose generally tended to be viewed as tasteless niche products for people with coeliac disease or some kind of digestive problem.

Nowadays an increasing number of successful Irish producers are delivering a growing range of genuinely delicious ‘free from’ foods for a rapidly expanding customer base.  Everything from gluten-free bread, rolls and wraps to pizza, cake and even gluten-free beer is now for sale, and the gluten-free market alone in this country is now estimated to be worth some €66 million. 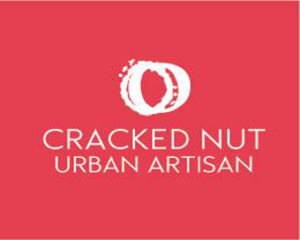 It’s all down to more consumer awareness about what we’re eating, believes Nikki Carruthers, co-founder of the thriving Dublin city artisan food café, Cracked Nut, which offers vegan, gluten-free and dairy-free foods. One of the cafe’s most successful products is its range of raw energy balls, which contain ingredients such as nuts, seeds goji berries, cacao and spirulina – and which are gluten-free, dairy-free, vegan and made of completely raw natural ingredients.

Demand for the raw energy balls from health-conscious customers at the café – a significant number of whom, Nikki explains, are lactose or gluten-intolerant – was so immense that a sister-company, Urban Artisan, was specially established to produce the balls for sale to supermarkets and a network of independent health-food shops. “In recent years people have become more aware of what they’re eating and they’re more aware of the fact that their body may not be able to process things like dairy or gluten,” says Nikki, a co-founder of Urban Artisan. When Nikki and her sister Kelda Clermont originally established Cracked Nut in 2012, Nikki recalls, they initially didn’t realise that there was such a strong demand for ‘free from’ foods.  However, she says, they very quickly discovered how popular these foods were because “every day we have people asking in the café if different things are gluten-free or dairy free.”  “I believe the sector is growing because people are more aware of what they are eating and this creates a demand for this sort of food and that demand is steadily rising.  “The sector was growing when we started, but in the last five years it has come on in leaps and bounds,” she says.  The sisters are currently planning a significant expansion of Urban Artisan’s range of healthy snacks next year.

Research shows that some 78% of Irish people who now follow a gluten free diet are not diagnosed as coeliac; nearly half of these don’t have any intolerance or sensitivity to wheat. They simply feel that gluten-free foods constitute a healthier lifestyle choice. 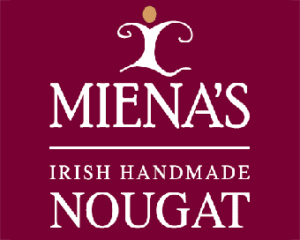 It’s a belief held by more and more people, says former architect Willemien ‘Miena’ Rust, who decided to become a food entrepreneur after losing her job in the economic downturn.  Miena wasn’t particularly aware of the concept of ‘free from’ foods up to that point but after attending a 2011 wedding at which a large number of guests were vegan, followed by a dinner-party conversation with a woman who was a coeliac, she realised the significance of food intolerances. In 2012 she began to make her award-winning, gluten- and lactose-free Miena’s Handmade Irish Nougat.  Miena’s Handmade Irish Nougat is now on sale with retailers like Avoca, Dunnes and a network of upscale independent gourmet shops around the country as well as with a number of high-end retailers in the UK. Earlier this year the former architect won gold, silver and bronze awards for three of her six nougat flavours at the Irish Free From Food awards.

From next September Miena will also be supplying the Dunnes Simply Better range – she is currently planning to expand her workforce to three full-time staff by the end of the year. Miena also believes that increased consumer awareness of wellbeing has driven the rapid growth in the ‘free from’ foods sector.

“There’s more awareness now in people about the need to be gluten-free, about what coeliac disease is,” she explains. “Years ago, food that served specialised needs like those of people with coeliac disease could only be bought in a chemist shop for example and the food was expensive. “Now the market has opened up and lots of people are eating ‘free from’ food, not because they are coeliac but because it makes them feel better not to eat as much wheat.  “Years ago people just ate what was there, and were afraid to say they couldn’t eat something,” she recalls.

Contributing to this increased public awareness of the ‘free from’ foods, believes Miena, who moved to Ireland from South Africa in 2000, was the Celtic Tiger boom economy, which radically changed Irish food culture: “When I came to Ireland in 2000 there were things you couldn’t get in the big supermarkets, and there was a very small selection of ‘free from’ foods.  “There was an influx of people from all over the world during the boom, which contributed to an increased awareness of new foods form different cultures. “This made people more open to the idea of ‘free from’ food,” Miena says, adding that the sector itself has also contributed significantly to public awareness through events such as the Irish Free From Food Awards.