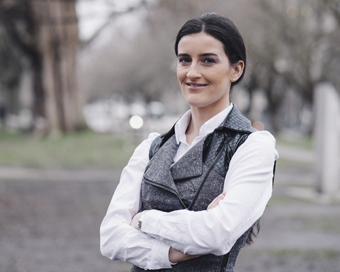 Ireland’s equine industry is thriving, with recent figures revealing that it’s worth over €1b annually to the economy.

Emma-Rose Conroy of Euro Stallions came from a farming background. She says she has always been drawn to horses, taking up a part-time job at a nearby thoroughbred stud farm at age 14. “One of my jobs was to assist the vet when they were scanning the mares in the morning. And I knew that that was all I wanted to do – to be those vets that I was helping”.

Our second equine entrepreneur, Dr. Barbara Murphy of Equilume had a pony growing up and “broke a lot of bones.” Given a chance during her transition year to ride out at a local race yard and she was “hooked.” Barbara completed the equine science degree at University of Limerick, spending nine months in Kentucky at the famous Coolmore Stud.

An early passion for horses led our third equine entrepreneur, Emer Cooney to become a riding instructor. “I started horseriding when I was seven,” she says. “It was my dream to become a showjumper.” Emer studied freshwater biology at university and continued to work with horses in Ireland, Jamaica, and New Zealand. She says it was this unique combination of experience which gave her the domain expertise to set up Hydrasure, an innovative drinking water solution for horses.

It was while she was studying to be a vet at UCD that Emma-Rose Conroy came up with the idea for Euro Stallions. She had a competition mare who she wanted to put in foal, and the stallion she chose happened to stand in Germany. The stud fee was not very expensive, but the cost of shipping the semen was prohibitive – about half of the stud fee. “I thought if I was a breeder and I had 10 mares this would be a very expensive way to do it if you didn’t want to use a stallion that was based in the country.”

So she looked into setting up an agency, setting herself a target of 30 stallions. She rented a car, drove to stud farms across Europe in the hope of convincing them to take a chance on her idea. Her persistence paid off. By the time she launched Euro Stallions in 2014, she had 120 stallions on board – four times her initial target. Euro Stallions now represents over 200 stallions. 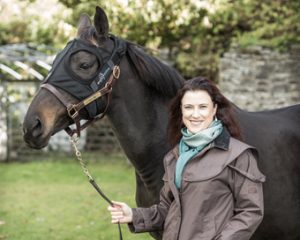 Returning to the University of Kentucky to study for a Ph.D., Dr. Barbara Murphy examined how horse’s body clock was affected by travelling through different time zones and compared it to a human’s experience of jet lag. That’s when she came up with the idea of regulating light exposure by putting LED lights on blinkers on a horse’s head.

Applying the principle to a mare’s reproductive cycle, Barbara realized it could replace the traditional breeding practice where mares are put to stand in stables under lights for 16 hours a day for about 100 days. The average cost of keeping a mare in a box is €23 a night, Barbara says. The Light Mask produced by Equilume cuts down considerably on costs and allows mares to be outside. 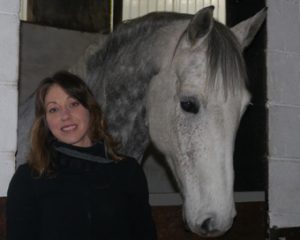 While working in the equine industry and “carrying a lot of buckets,” Emer Cooney noticed a reoccurring problem; water consumption. Most stables used buckets, rather than automatic drinkers, so they could see how much the horses were drinking. Water intake is so important, Emer says. “A horse that doesn’t drink enough water can get colic, and obviously there’s a link between hydration and performance.” Excess drinking can indicate other problems, she adds. So Emer Cooney came up with a solution to labour-intensive buckets; Hydrasure is a smart drinker with a water tracker which sends real-time data through an app.

In Emer Cooney’s experience, some areas of the equine industry, such as horse care and riding schools are more female-dominated, while the more competitive areas are “definitely” more male dominated. However, Emer has never seen being female as a disadvantage. With so much supports out there, she says “there’s never been a better time for women to start their own businesses.”

Emma-Rose says being a female entrepreneur is not something she gets hung up on, although she does acknowledge that as a mum of two she has an “extra ball to juggle.” Working in a male-dominated environment, she does sometimes feel that she “mightn’t get the same credit as a fella for achieving the same thing.”

Barbara Murphy says the challenge of her business is to keep innovating. The initial application was for breeding. However, Barbara has since identified a huge opportunity in the show market as the summer day length promotes a shinier and healthier coat.

Ireland is seeing something of a revival...

In recent years there has been a growing...