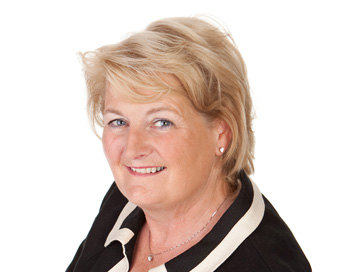 It’s been 40 years since Colette Twomey and husband Edward took over a butcher’s shop in Clonakilty, Co Cork.

Over the following four decades, what began as a small local business has developed into a globally-recognised brand. Sadly, Edward passed away in 2005 and Colette had to decide whether to continue with the business they had built together, with the intention someday of passing it on to one of their three children.

She persevered and continued to grow the brand. In 2011 the businesswoman was recognised for her leadership, innovation and entrepreneurial spirit when she was named WMB Entrepreneur of the Year. That same year, she received the Veuve Clicquot Business Woman of the Year Award.

Constant innovation is key to the success of the business, Colette says. “You have to reinvent what you do and branch out and try new things.”

“It’s part and parcel of moving forward. You have your steady old reliable black pudding, white pudding and sausages, but it’s what you do with it. People want new ideas and different ways of using them. They’re not cooking a full breakfast every morning anymore.”

With the onset of summer, Colette says the latest addition to the range, the Clonakilty blackpudding sausage, is perfect for the barbecue. She believes that despite changes in tastes and diet fads, you can’t go wrong if you “set out with quality and don’t compromise”.

With the popularity of low-fat diets waning and a move back to traditional home-cooked food, for Clonakilty, it’s like everything has come full circle. “It’s good old-fashioned food. We don’t put artificial ingredients in our black pudding; the natural taste is the fat. It’s the same with butter, butter was taboo, and now butter is back.”

The appeal of Clonakilty black pudding is the special spice mix that dates back to the 1880s. The recipe was passed on to the Twomeys with the shop “on a bit of paper”. Today Colette is the sole guardian of the secret recipe.

Back in 1977, every butcher’s shop at the time made their own black pudding. But it was a time-consuming task, so when Edward and Colette Twomey started to revamp the shop, which had belonged to the Harrington family for generations, they had intended to stop making the black pudding. However, they soon realised that people came into the shop especially for the black pudding so instead they decided to increase production and supply the local shops.

The black pudding was so popular that locals would stock up on it for when relatives came home from England for Christmas or over the summer. “It was part of the tradition of Clonakilty,” Colette says.

In the early 1980s, the couple decided to label the product, calling it Clonakilty black pudding with “Harrington’s original recipe” printed on the logo. They were delivering the black pudding to other butcher’s shops from the boot of the car when they got the idea of making their own white pudding and sausages to complement the black pudding.

As word spread, the car boot was upgraded to a van, and the delivery area spread out into Cork city and then to the bed and breakfasts in West Cork.

While the brand was already becoming well-known around Cork, the business got a “big break” when a director of Quinnsworth supermarkets discovered the black pudding while staying at a guesthouse in Sligo.

Back then Edward and Colette were marketing “before there were focus groups and that kind of thing,” Colette says. They visited the country shows and Bord Bia cookery events, where they’d meet people and chat with them. “That was our marketing, that was our research.”

Now with the uncertainty of Brexit, Colette is keeping a positive attitude about the potential damage to Irish exports by the UK’s exit from the European Union. “It’s going to be the same for everybody, so we have to spread our wings a small bit more and look at more European destinations. We’ll have to wait and see and hope for the best.”

The brand which still includes the butcher’s shop on Pearse Street in Clonakilty employs 48, with a new plant in Clonakilty due to be completed in the coming months.

The company already has a contract manufacturer in Australia and plans to expand into the US market in the near future. Once the new plant opens and they get the green light from the US department of agriculture, it will be all systems go. There is a market waiting and butchers who want to take their product, Colette says, adding that two of the brand’s biggest selling points are its Irishness and its quality.

In the Hunt for a Solution at...