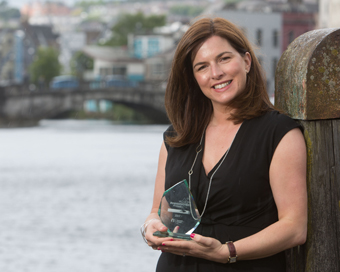 Susie Horgan, Managing Director of leading communications agency, Springboard PR & Marketing, has been named Network Cork Businesswoman of the Year 2017. The news follows recent growth at the agency, which is marking five years in business.

The Network Cork Businesswomen of the Year awards honour women in Cork who have demonstrated exceptional achievements in business. Susie Horgan was named overall winner after winning the ‘SME less than 10 Employees’ category, one of six award categories. Susie will now go forward for consideration at the Network Ireland National Business Awards in October.

Speaking about the award, Susie said: “I am delighted to have won this award and would like to thank Network Cork for the honour. I’m privileged to be part of such a strong and supportive community of businesswomen in Cork”.

Women have it all figured out!

Shauna Greely has been elected Chartered...

Being a young entrepreneur in Ireland comes...