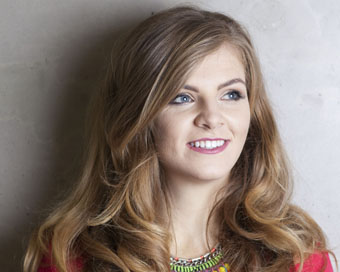 Experts have recently revised their recommendation of “five-a-day” to “seven-a-day” and the challenge for all of us is how to incorporate a healthy diet, which includes seven portions of fruit and vegetables, into our busier than ever lifestyles. We look at three Irish food businesses, which use innovative solutions to produce convenient and tasty foods, which are also beneficial to our health.

When food scientist Breffney O’Dowling Keane was working as a pastry chef in a Cork bakery, she began to notice that a lot of the fresh fruit bought at the start of the week was being thrown out by the weekend. “We’d buy fresh raspberries for the top of cakes, or for smoothies, and a few days later one of them will start to go off, and the entire pack would be ditched.”

“I knew from a processing point of view there are three types of fruit – fresh, frozen or fruit with added sugar.” “When you add sugar to fruit it completely changes the taste, texture and nutritional profile, so I tried to come up with a solution that was fresh, where the taste and nutrition would remain the same, but the shelf life would be extended,” Breffney says.

Using seaweed to bind the ingredients and vegetable protein to soak up the water content, Breffney came up with a 90g cube which can be popped into a blender with milk and last for up to 60 days in the fridge.

Every household in Ireland throws out between €600 to €1000 worth of fruit and vegetables every year, according to Breffney. Ugly fruit – fruit deemed too small or slightly discoloured – can be used to minimise waste and give farmers a better margin, Breffney says.

Breffney and her team are finishing up a three-month stint on the Sean O’Sullivan Food-X accelerator in New York and plan to launch FruitCubed in July with a four-pack in three flavours; raspberry, blackberry, beetroot and lime, mango, peach and lime and strawberry and kiwi. 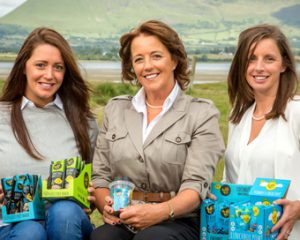 When she returned to the food industry in 2004, Bernie Butler noticed a shift in people’s mindsets around health eating. And the sprouted seed business she had set up in Co Tyrone was a departure from the salads and desserts business she had sold to the Kerry Group a few years earlier.

Four years ago, Bernie and her team, which includes her husband Paul and their four children, bought back their old factory in Sligo to expand their range into roasted and milled seeds and fruit product, including a truffle-style Super Bite snack. The products are available across Ireland, France, Scandinavia and Dubai with 80 percent of Good4U’s market coming from the UK. Innovation is the core ingredient to the success of a business, Bernie believes. “Ten years ago seeds were for the birds. Now the category is in strong growth and demand is expected to continue. But it’s not enough to say ‘we’re the seed people’; you have to make them taste good, you’ve got to combine flavours, and marinades and complementary fruits that consumers enjoy, while maintaining the nutritional profile. “We want to bring more people into healthy eating without them feeling like they’re losing out. That’s where the brand comes in, it’s the most important asset in the business.”

Pictured: Bernie Butler (centre) with daughters, Emma, left and Laura, with some of their range of Good4U healthy snacks, near their home in Rosses Point, Co. Sligo. Photo: James Connolly. 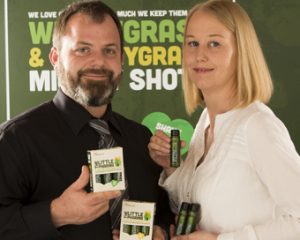 For Amanda Swan, the idea for her food business was sparked by her own experience with “big pharma medication” after slipping a disc in her back. The medication caused side effects, so in a quest for a natural alternative, she discovered that vitamin C was one of the best natural painkillers and that barley and wheatgrass had high contents of the vitamin. Amanda and her partner Darren Ducoté started to grow it themselves and after interest from friends soon realised there was a demand for a ready-made product.

“The market is snowballing. People are really awakening to what’s going on with their food. There’s a big push towards food that can actually help instead of taking all this medication,” Amanda says. With a bank loan for a juicer, the business was set up in a food unit in Ballymount in south county Dublin in 2015. Little Pharma now employs five people, including the founders, and it was one of 14 start-ups which reached the recent final of the AIB Startup Academy.

The juice is organically grown, sold in multi-packs of 30ml phials, and lasts for 12 weeks outside the refrigerator due to a high-pressure pasteurisation process which eliminates impurities while preserving the vitamin and enzyme content.

At Matheson, one of the largest Irish law...

Ireland is seeing something of a revival...