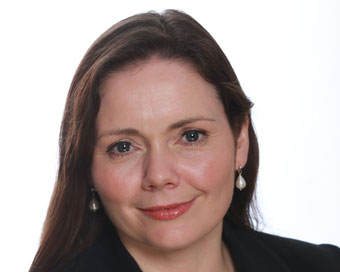 Patricia Callan has been appointed to the role of Director of Alcohol Beverage Federation of Ireland (ABFI), the trade association that represents brewers, distillers, brand owners and distributors in Ireland, and will take up the position immediately.

Patricia joins ABFI from the Small Firms Association (SFA) where she has been Director since 2006. As SFA Director Patricia has lead the development and implementation of the organisation’s 5-year strategic plan including a rebrand of the SFA, a new constitution and governance structure. Patricia has developed a very strong media profile becoming a familiar face as the spokesperson for small business in Ireland. She has built an excellent reputation among policy decision makers and is regularly invited to participate at high level national and EU level fora. Ms Callan joined Ibec in 1997 as a Business Services Officer in the Mid-West office before moving to Dublin as an Executive and later as Assistant Director with the Small Firms Association before taking on the role of Director. Patricia holds a Masters in International Studies from the University of Limerick, a BA (mod.) in Economics from Trinity College Dublin, a Diploma in Management from DIT, and a Diploma in Employment Law from the National College of Ireland.

“I am delighted to be appointed Director of ABFI at what is an exciting and challenging time for the sector which supports over 200,000 jobs around the country with an annual wage bill of €4 billion. “The drinks industry is the export powerhouse in the agri-food sector with exports to 130 countries valued at €1.4 million annually. Irish whiskey is now the fastest growing global spirits category and over €1 billion will be invested in Irish whiskey distillery projects between 2010 and 2025”, said Patricia Callan, new Director, Alcohol Beverage Federation of Ireland.