It’s all about the Millennials! 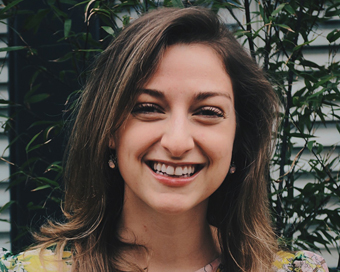 Once upon a time when you left a job, they waved goodbye and reminded you to shut the door on your way out.  Things are changing. The retention of valued workers is increasingly important to employers, many of whom are now also making the effort to remain engaged with former employees.

Along with that, more and more companies are recognising the value of learning what drives an emerging, and very different generation of worker – the restless ‘millennial’. One dynamic young Irish company has found its niche in this millennial cohort which is steadily growing into a thriving international business opportunity.  Jayne Ronayne founded her first successful company, UrYearBook, an online yearbook system while still studying at University College Cork.

However, the idea for her latest company, KonnectAgain, came about partly because of Ronayne’s participation in the JI Visa programme the year she graduated.  Hunting for summer employment in the USA, she wanted to link up with UCC alumni in New York, and found the college portal somewhat cumbersome.  Together with co-founder, Helen Flynn, she set up KonnectAgain to help third-level alumni stay connected, but soon recognised the need for multinationals to stay in touch with their alumni, or former employees.  It was, says Jayne, an opportunity to create a corporate culture in which former employees are seen as sales opportunities or where companies were willing to make the effort to stay in touch – because down the road they might want to hire these former workers back again.

The workplace has changed hugely, Ronayne observes, and the new, ‘millennial’ worker is more mobile than previous generations; in fact according to Jayne, multinational companies are increasingly observing that some employees aren’t staying in a job for more than 18 months. “Even if you are with a company for 12 months or less, you’re still valued as someone they would engage with – and if you are on the KonnectAgain platform, there may be opportunities.”  “A lot of people leaving their jobs may want to come back to their company in 12 or 24 months so we’re providing a platform that allows them to re-engage.”

KonnectAgain also offers a service to help companies gain insight into why their millennials are leaving:  “We’re also working with companies to do exit interviews on software.  “We feed back the analytics on the reasons people leave, through the platform,” explains Jayne, pointing out that such exit interviews can provide valuable information to companies which want to improve employee retention rates.  Worker departures may have to do with unmet expectations or simply the logistics of taking a year out to travel the world for employees who, given the opportunity might want to re-engage with their former employers in 12 months’ time.

However, it’s also to do with a very different kind of worker:  “We see a new emerging millennial generation,” she says. This is a worker aged from about 20 to 35 who will, on average, stay in a job no more than 12 to 18 months compared to up to a decade, five to seven years ago. It’s a big change for the corporate sector to deal with.  “All of these companies are investing heavily into their people and thinking they will stay. “They want to maintain a relationship with people in order to potentially attract them back – or to engage with them in other ways such as in terms of sales opportunities.”  To do this, Ronayne believes, they need to get to know their millennials better and KonnectAgain can help:  “Around 80% of millennials are driven by the culture of the company – what it represents, does it have flexi time, or offer the skills or opportunities they want?  “A lot of new workers are looking at these goals. If they are not reached or met they will leave.”  And leave they can as there appears to be plenty of job opportunities out there and employees are happy to take advantage of this mobility. As a result Jayne feels that retention is an ever more important issue in the corporate sector:  “The companies are training them, but employees are still leaving,” and this can sometimes simply be because they want to gain more experience, in a different sector.  They may leave a big company for a start-up and then return to the corporation with a scaled-up set of skills, leapfrogging into a more senior position than they had previously.  “The most valuable asset to any organisation is their people,” says Ronayne and when they leave, she says, it can be a good idea to stay engaged with them.  “The work generation is changing and organisations need to adapt.”

Companies are recognising this, and KonnectAgain is taking on the role of an industry thought leader, increasingly providing advice and information to firms throughout Ireland, the UK and USA on how best to engage.  The company’s growing workforce reflects its expanding service:  KonnectAgain now has a team of nine people in Dublin  – “We’re growing that and also expanding to the US over the next three months, bringing a four-person sales and marketing team,” Ronayne explains.  “We are working towards being thought leaders in this sector in relation to the employment of millennials.  “It’s something every company should be building into their strategy. It’s quite a new concept and we are bringing companies along the journey of seeing former employees as alumni or as a long term or very long term asset.  “It’s about listening and learning; you would be surprised at how many huge companies don’t conduct exit interviews, which means they are losing out on inside knowledge about why people are leaving their firms.  “It’s hard to develop solutions to a situation when they don’t know why it’s happening!”

At the end of last year, the maker of...

Although there is over 1000 years recorded...