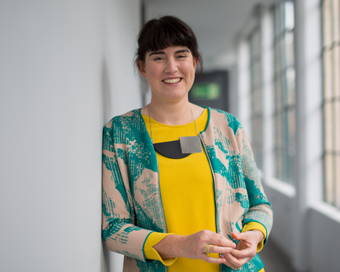 At the end of last year, the maker of mouldable glue – Sugru – received £4m in a funding deal from the UK’s Clydesdale and Yorkshire Banks.

The company started by Irishwoman Jane Ni Dhulchaointigh has raised £9.3million since its 2009 launch, including £3.5million on crowdfunding platform Crowdcube in 2015.

Sugru, which is made from a patented form of silicon rubber, dries or cures upon exposure to air. The product’s name comes from the Irish word for ‘play’ and the brand’s website features millions of different fixes for Sugru, including a repair to a wheelchair brake pedal and the launch of a camera into space for a schoolchildren’s project.

Sugru’s story began when while studying for her Masters in Design at London’s Royal College of Art, Jane says she realised that she was “a rubbish designer and didn’t want to make new things when there was already too much stuff in the world.”

“Instead, I spent my time playing with different materials and that was when the first idea for Sugru came about.”

Six years on from that early spark of inspiration, the product was ready for launch. A review in The Daily Telegraph Technology blog led to the first 1,000 units being sold out within hours. A year later Time magazine listed Sugru in its 50 best inventions of 2010; Sugru was at 22, ahead of the iPad’s 34th place position.

“The Daily Telegraph review was a great boost, not only to sales (we sold out in about 10 minutes!) but also to our confidence and probably, more importantly, the confidence amongst investors,” Jane says.

The timespan from idea to launch was long and for Jane the process is still ongoing. “We’re constantly improving the product and launching new kits, and because we’re always striving to get more people fixing and making things again. It’s unlikely that we’ll ever feel that the job is done,” Jane says.

A natural progression from her resistance to adding new things to the already “too much stuff in the world”, Jane says: “Sugru is a product that enables people to solve problems. It puts them in the driving seat and empowers them to be more proactive as consumers.”

With the growing popularity of movements like Zero Waste, upcycling and repair cafes, the mouldable material is helping users to find new ways to repair old and broken items and to improve upon their existing things.

“Repair cafes are just the most inspirational places where the doers of the world meet to share skills and ideas. If products like Sugru can help the more DIY-shy among us to be more proactive about using our hands to solve little problems, then that’s just great,” Jane says.

The users of Sugru sharing their own innovative ‘hacks’ for the product have become an important part of the brand’s journey with a community of over one million coming up with enterprising solutions to everyday problems. Jane says these contributions from users have helped the brand develop “beyond measure”.

“A Sugru project is uploaded and shared once every three hours and these guys never cease to amaze us with their creativity. We share these as much as we can to help guide and inspire others. Sugru.com is a bottomless pit of creativity and resourcefulness thanks to the Sugru community.”

“In a sense, I invented a solution to not one single problem. It’s the community of over one million Sugru users worldwide who come up with the best ideas for how to use it,” Jane says.

Jane’s own favourite uses are the simple, but inventive, fixes people do for each other. “The boys who added bumpers to their granddad’s phone so he could pick it up more easily. [There was] the woman who added Sugru blobs to microwave buttons for her visually-impaired husband and the dad who built up the brakes on his daughter’s new bike because she couldn’t quite reach them.”

So what’s next for Sugru? Jane has described Sugru as a “space age Play-Doh”, so it makes sense that the product maker has its sights set on the toy market, with plans to expand the range to children. “The kids of today are the fixers and doers of tomorrow,” Jane says, adding: “So watch this space…”

With a background in the private sector...

Once upon a time when you left a job, they...