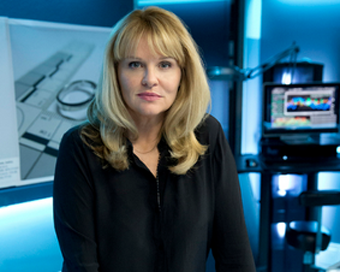 Infosecurity Europe has announced that Professor Mary Aiken will be inducted into the event’s Hall of Fame for 2017.

Professor Mary Aiken Ph.D, has written and spoken extensively on issues relating to the intersection between people and technology – or as she describes it “where humans and technology collide”. An Adjunct Associate Professor at University College Dublin, Geary Institute for Public Policy, and Academic Advisor (Psychology) to the European Cyber Crime Centre (EC3) at Europol, she has conducted research and training workshops with multiple global agencies, from INTERPOL to the FBI and the White House.

Her research interests include cybersecurity, cyber behavioural profiling, organised cybercrime, cyberstalking, technology-facilitated human trafficking, and the rights of the child online.  Mary Aiken’s work as a cyberpsychologist inspired the CBS primetime television series CSI:Cyber and she is a producer on the show. Her recent book, The Cyber Effect has been widely reviewed and was selected by The Times as a 2016 ‘book of the year’ in the Thought Category, and ‘best science pick’ by Nature, the preeminent scientific Journal.

Professor Mary Aiken said: “It is an honour and a privilege to be inducted into the Infosecurity Europe Hall of Fame, particularly as this award is made by members of the Infosecurity community and industry. It is a particular honour to be inducted into a hall of fame that includes one of my personal heroes, the outstanding scientist Alan Turing.”

Nicole Mills, Exhibition Director of Infosecurity Europe, said: “We are absolutely delighted to welcome Professor Mary Aiken to our Hall of Fame.  Her contribution to the field of cyberpsychology and her study of the relationship between humankind and technology has been outstanding. We are very much looking forward to hearing Mary speak at the show and hearing her thoughts on future challenges within the industry.”

Grab a Slice of the Action!

There is an impressive shortlist of ladies...