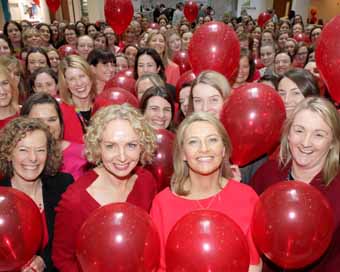 Vodafone Ireland has launched a week-long programme of activity to mark International Women’s Day, with a series of events designed to inspire and educate women in the workplace.

In addition, Vodafone has launched its global ReConnect initiative across 26 countries to provide career opportunities for women who have been out of the workforce but would like to return on a fulltime or flexible basis. Ireland is one of the countries in which ReConnect will be rolled out and will seek to help women return to management and frontline roles through the programme.

ReConnect in Ireland will proactively reach-out to women on career breaks to educate them on the initiative, provide refresher training and enable women to re-enter the workforce on a flexible basis with Vodafone’s support.

The week-long programme of activities to celebrate International Women’s Day will include workshops and seminars, with leading female speakers invited to share their expertise and insights. Among the external speakers will be Margaret Ewing, a recognised leader in finance, and Dame Stephanie Shirley, who set up an IT business enabling businesses to employ female professionals on a part-time basis.

Sophie Spence, one of Ireland’s best known female rugby players, will also deliver a talk to Vodafone staff. Sophie represented Ireland at the 2014 Women’s Rugby World Cup and the following year was nominated for the World Rugby Women’s Player of the Year.

Vodafone Ireland’s senior male leaders will also play a significant role during the week. Many of its senior male leaders have participated on a programme called MARC, ‘ Men Advocating for Real Change’ and now act as change agents within Vodafone to empower women in the workplace. They will hold workshops during the week sharing their learning with other male and female colleagues.

AIB Puts the Focus on...

To coincide with Diversity and Inclusion...