Show Me the Money! 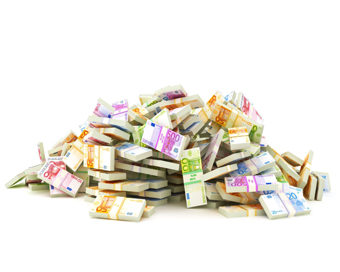 Recent research has found that from 2009 to 2016, 67% of the National Digital Research Centre (NDRC) companies which had females in the founding teams received follow-on investment. This is good news for female entrepreneurs, but is it reflective of what’s happening in the wider investment environment, or is it a statistic which is unique to NDRC, an early stage investor in tech companies, which runs a Female Founders programme alongside its other accelerator platforms.

NDRC’s commercial director, Gary Leyden, said that some of the international research he had looked at had suggested that those companies with diversity in the founding team do better. As to why they do better, Gary believes that balance in the team brings those “really important” different perspectives to the table. Gary [Leyden] acknowledges that in traditional funding environments, such as Venture Capital, there aren’t a lot of female founders coming through, and he said that the NDRC accelerator environment creates “perhaps a disproportionate higher number of female founders”.

However, he said that NDRC doesn’t target female-only start-ups. “We are not looking to invest particularly in female founders. We’re looking to invest in really investable opportunities and one component of that is the founding team. And when we see that diversity it just makes it more interesting to us. But it still needs to be a good opportunity.”

One of the recent success stories from NDRC is Glissed, a beauty services platform founded by Niamh McHugh and Louise Dunne. The company received €20,000 in follow-on funding on NDRC Investor Day in December 2016. Niamh [McHugh] said she doesn’t think that gender was necessarily a factor, rather it was the experience she and Louise had in the beauty industry that was attractive to potential investors.

“With us the reason that we were given for the follow-on investment was that we had deep domain knowledge in an industry that’s crying out for disruption. So [it was] the fact that we come from the beauty industry and would have maybe 20 years of experience between us in that industry.”

Niamh mentions two other start-ups, Oathello and ChildDiary, as examples of female-founder companies which are taking traditionally offline businesses online.  This “deep domain” experience of an industry puts the founders in a unique position of understanding the problems faced by professionals and customers within the industry and being able to provide a solution using an online platform, she said. One deciding factor for investors Niamh said is the potential for “disruption”. Could investors be looking at the relatively untapped potential in online opportunities for traditionally offline industries, such as the beauty industry, where most professionals tend to be female?

Gary [Leyden] agrees that bringing industry experience to a business is key. These female entrepreneurs “have come from industries where they really were already very successful, as employees or researchers. If you look at examples like Nora Khaldi from Nuritas, she was an exceptional researcher in her academic space and she applied that science to a business.” “And then more recently Aisling Teillard, of Tandem HR, who was the HR director in Telefonica, has built a management tool in the HR space. She was very successful in a corporate environment, she had deep domain expertise and really spotted an opportunity and thought how she could create a business around that.” Niamh [McHugh] admitted that she doesn’t think that female entrepreneurs have the same experience of funding opportunities in the Venture Capital area and she does know of other female business founders who have had problems accessing follow-on funding in this and other more male-dominated spaces.

Ann Hunt of Chasing Returns came through NDRC two and a half years ago. She received follow-on funding from angel investor Ivan Fox of Merrion Capital, who she said is very supportive of women: “It’s not easy for anyone to raise money, male or female. But it’s also clearly proven, that men lend to men. People work with people they relate to more. Many men feel more comfortable doing business with men for whatever reason. And it is an unconscious bias, but it does exist. So that does make it hugely more difficult for women generally to raise money, whether it’s Venture Capital or angel, it doesn’t matter. It’s not like half the angels are women either, right?” Ann [Hunt], whose FinTech platform helps retail traders manage risk, said she is a “huge fan” of anything that encourages women. However, she thinks a female-only environment is “artificial”. Ann is “almost always” the only woman in a group of men, and she said she thinks “a better way to embrace supporting women is to have really strong male groups supporting women.”

While successful businesswomen supporting other women is great, Ann said, “what about the large amount of men who really do want to support women? The reality is that men are the majority of decision-makers and have the most money, so they should be more actively encouraged to support women.”

Going for Growth? Most...

There is much talk about female...