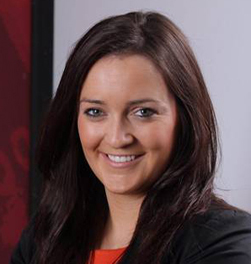 Gemma Bell has been appointed to the role of Marketing Manager, Sponsorships at Bank of Ireland.  Previously, she was Sponsorship Manager at Diageo where she was responsible for the strategy, management and activation of its sponsorship portfolio across Europe. Work included the Guinness Pro12, Guinness’s official beer partnership with the Irish Rugby Football Union, Leinster and Munster Rugby, Galway, Punchestown and Listowel Races, the GAA, Guinness Cork Jazz and Carlsberg’s partnership with the FAI and Aiken Promotions.

Gemma’s achievements have attracted a personal letter of thanks from the previous UK Prime Minister, David Cameron for work on the G8 Summit, recognition as CIPR’s ‘Outstanding Young Communicator of the Year’ in 2014, and most recently she was named one of the ‘Most Influential Women in Irish Sport’ 2016 by Sport for Business.

Sharon Mooney has been appointed Managing...

One of Ireland’s leading consumer and...