Geraldine Ruane – A Head for Figures! 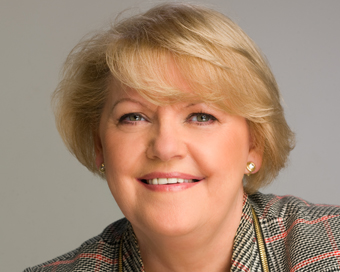 With a background in the private sector including some of the world’s biggest pharmaceutical companies, Geraldine Ruane’s training as an accountant has served her well at a high level in both private and public sectors. An early interest in numbers saw her follow a number of other family members down the accountancy route.

“I knew that as an accountant I would acquire sought-after skills that every business needs. I would also be well equipped for a career in finance, auditing, taxation, accounting, business, which are vital in both private and public sectors, and could travel internationally with such a qualification.” Working in pharmaceutical companies Mallinckrodt, Novartis and Chanelle Pharma, she knew there would be great scope for career progression. Her transition into the public sector was prompted by a conversation with her brother, who had done the same thing some years before her.

“My curiosity was piqued by the different types of challenges he was facing there,” she says. “He had worked for an ICT global organisation and spoke glowingly of the job satisfaction he found in the added value he was bringing to the public sector.” Her first public sector role was as Finance Director at Ordnance Survey Ireland, where she soon became Chief Executive. “My remit was to commercialise and transform a technical national mapping agency, established in 1824, into a high-performing and profitable customer-focused organisation.”

Now COO of Trinity College Dublin, Ruane’s role is very wide-ranging. She’s involved with the Board, Chief Officers Group, Executive Officer Group, Finance Committee, Planning Group and Capital Review Group. “I am responsible for the overall strategic leadership, management and organisation of the university’s professional service functions which include central services, student services. “My initial focus has been on driving transformational change in our structure and in the way we work. At the heart of this is leading the ongoing development of service excellence. For me, service excellence is about making a difference; it involves developing mind-sets and actions that create a welcoming atmosphere, delivering personalised services and anticipating and meeting stakeholder needs.”

Commercial growth has become a key strategy for TCD, and Ruane believes her expertise in this area is valuable to the organisation. As a keen lifelong learner herself, Ruane believes this is a growth area for third level institutions. “I am a great believer in the fact that you never stop learning. I love gaining knowledge and then sharing that knowledge and expertise with others. One of my initiatives here in Trinity was to roll out the mentoring and career development program which is very successful,” she adds. “I definitely believe it is a growth area for third level institutions. Trinity College, for example is building a new International Business School, and this will allow it to extend its executive education programmes that will make a real difference in the development of both organisations and people in a time of global volatility and change.”

The university has also expanded its reach by offering online education, reaching the best students worldwide. Another numbers-focused initiative Ruane is involved with is the 30% Club Trinity MBA Scholarship. The 30% Club is a business-led collaborative effort to try and achieve 30% female representation at senior levels in Irish business by 2020. Ruane hosted a seminar series at Trinity with the organisation in 2016/2017 and one of the outcomes was the announcement of a new MBA scholarship, as well as a number of bursaries.

“I strongly believe this will harness the wide-ranging resources, skills and innovative ideas of talented women and provide them with an opportunity to develop their careers through the Trinity MBA,” she says. She’s also a non-executive director of the Science Foundation Ireland (SFI), where improving the numbers of women in science is also on the agenda. “Our focus is to remove and mitigate any existing or perceived factors that may limit their participation in STEM careers. We’re also looking at ways to redress the gender imbalance among SFI award holders, of which just 21% are female (SFI census 2015). With this in mind we are aiming to increase the proportion of female award holders to 30% by 2020,” she explains. “An example of a key strategy undertaken by SFI, in conjunction with Minister of Jobs, Enterprise and Innovation in 2014, was the three-year Smart Futures Initiative, aimed at delivering 10% increase in uptake of STEM subjects at second and third level by 2017.

This strategy drove the awareness of STEM career opportunities among students, parents, guidance counsellors and people who influence students by encouraging industry to play an increased role.”

Private or public sector, focusing on the numbers seems to be a winning strategy for Geraldine Ruane.

At the end of last year, the maker of...