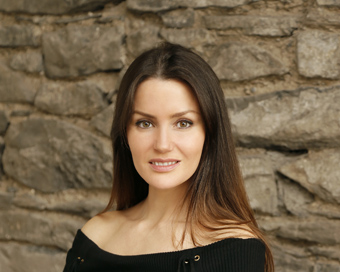 Nuritas™ Founder and Chief Scientific Officer, Dr Nora Khaldi, received the “Woman of the Decade in Business and Leadership Award” during the Women Economic Forum–EU event held in The Hague recently. The two-day event brought together over 400 women and men from across the EU and Europe to celebrate the innovators and entrepreneurs that are making a difference in the EU. The theme for the WEF-EU 2017 was “EU: Reinventing Itself: Women Empowerment & Inclusion”.

With an esteemed background in mathematics and bioinformatics, Dr Khaldi was awarded for her ability to translate groundbreaking scientific research into one of the most innovative companies in the world as well as her leadership qualities.

Nuritas™, which was founded in 2014 by Dr Khaldi, is the first company in the world to use artificial intelligence, DNA analysis and deep learning to find and unlock health-benefitting molecules – called peptides – from natural sources such as food. The company recently received funding from the Horizon 2020 project to commercialise a molecule that has the potential to lead the fight against the global diabetes epidemic. Nuritas™ has also recently received attention for its record-breaking funding from international VC and angel investors, such as Ali Partovi, Marc Benioff and U2’s Bono and The Edge.

Dr Nora Khaldi stated: “I am very honoured to have been chosen for this award. I think events and organisations such as this are incredibly important as we need to connect and celebrate innovators that are making the world a better place.”