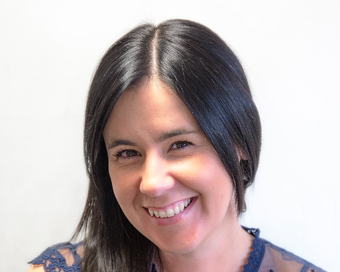 Everyone needs a sprinkle of fairy dust in their lives now and again – but in 2013 there was little to be found in the recession-battered Sherwin-Barry home.  Until, that is, a casual conversation between four friends resulted in the kind of once-in-a-lifetime business idea that turns into a fairy-tale rainbow with a pot of pure gold at the end.

Niamh, a qualified Montessori teacher and part-time wedding singer, and her husband Oisin, a formerly successful businessman, barely survived the gruelling recession and were just about getting by.  From living the Celtic Tiger dream, they were now struggling to buy the groceries.  In desperation, the couple was planning to emigrate with their two young children. “My husband had owned his own mortgage brokerage business and had been doing very well. We were real Celtic Tiger cubs,” Niamh recalls now. “We lived in a beautiful detached five-bedroomed house on an acre in Monasterevin. “Our mortgage was huge. We were driving a BMW 5-series car.  “We were flying high. There was nothing we couldn’t afford!”  Then in the early summer of 2008, the economic hammer-blow fell. Owen’s business deteriorated – so rapidly, recalls Niamh, that the family income plummeted to zero. “It was instant and it was catastrophic,” she recalls.  They lost everything including their home.

By 2011 Niamh and Oisín were planning to emigrate, but long-fingered the plan after Niamh’s father became ill.  Niamh’s long-time friend Aoife Lawler and her husband Gavin, an old friend of Oisín’s, were also badly hit by the downturn. Gavin worked in the motor industry. However, they were slightly better off as Aoife still had her job in the HSE.  “Oisín and Gavin had always been friends. They’re both entrepreneurs and they were always talking about new business ideas,” says Niamh.  And that’s exactly how it all happened – sitting around Aoife’s kitchen table, talking.

A few years earlier, in 2008, while on holiday in the USA, Niamh and Aoife had wandered through a curio store in upstate New York. “It was a curio shop with everything from guns to bread,” she recalls. “They had a lovely wooden craft section. Aoife and I found these little fairy doors. They were dark brown, two inches in height with a little door knob.  “We each decided to bring one home and tell the children there were fairies living behind the little doors.”  Her son Cian was only two at the time and Aoife’s son Bailey was three so they were the perfect age to enjoy the fantasy their creative mothers spun for them. Fast forward to June 2013; the two couples, and the children were in Aoife’s kitchen, worried, battered by recession, and barely hanging on.  Niamh and Aoife started talking about the little American fairy doors. “The children came in,” she recalls, “and we were talking about what the fairies had done.  “Our husbands started to listen in to the conversation. They were fascinated.”  All at once, she recalls, the old sparkle came back into their eyes. “Gavin said, ‘this is an idea’ and suddenly I saw Oisin’s shoulders lifting up. The conversation was intense. We were very excited.”  The quartet moved quickly. “We didn’t have a spare tenner between us,” Niamh recalls. But with the help of Niamh’s mum – she’d given up smoking nine years previously and had amassed €8,500 to invest – The Irish Fairy Door Company was brought to life around the kitchen table that day.

On August 28th, 2013 the company website and its accompanying Facebook page were launched. Initially only family and friends were buying the doors – then came the first customer who was neither friend nor relative. “We were all sitting around the table organising the doors when she contacted us – we were so excited that we didn’t know this lady and she was still buying the product! After that, the orders just kept coming.”

The quartet put the product on sale at every community, farmers’ and Christmas market they could find.  Family and friends rowed in to help. “People believed in us; two couples who were basically on their uppers,” she recalls now.  “The recession was so awful that everyone loved our story of hope.  “We were very open about our experiences.”  Christmas was great, and they naturally expected things to calm down in January 2014 – but, in fact, the complete opposite happened. The following summer came their biggest boost yet:  “Ryan Tubridy rang. He said he loved what we did and he got us on the Toy Show. He gave the Fairy Doors a massive push and suddenly there were thousands of hits on the website. That was our big breakthrough moment!”

Nowadays, she says, the statistics show that every second child in Ireland has a fairy door.   The company employs 20 people in Fonthill Business Park in Clondalkin.  It exports all over the world to Australia, USA, Canada, Mexico, Scandinavia, the UAE and the UK, to name but a few.  After the company broke into the USA about 18 months ago, logistics decreed the doors be made in China. The four friends didn’t like doing it, Niamh says, but they had no choice:  “That was a big deal for us – we were very proud that our doors were made here in Ireland, but if we didn’t do it, we’d have lost distributors. It’s the way the industry works. “We thought we’d get a backlash over it, but we didn’t. We’re still employing Irish people and the business is still 100% Irish-owned and Irish-operated.”

The Irish Fairy Door Company grew very fast.  “All of  a sudden we were doing well in Ireland. Then we were exporting from China and dealing with distributors all over the world,” she says, adding that solid support from Enterprise Ireland was a crucial factor in the success of the business of which Oisin is now CEO, Gavin is International Sales Director, Aoife is Creative Director and Niamh is Director, responsible for Customer Services and chief storyteller!  The product range has expanded exponentially, and the arrival on board of former Eason’s Head Buyer Gavin Hutch as the firm’s Commercial Director, was, she says, one of the best decisions the quartet has made.

Solidifying and expanding their position in the USA and the UK is the company’s big focus for 2017 says Niamh:  “We are learning all the time. We love it. I’m very proud of Oisin, Aoife, Gavin and myself.  “It’s a serious journey we’re on and we’re very thankful to people in Ireland for taking us on and for simply having the chance to tell this story.  “What happened will never get old!”