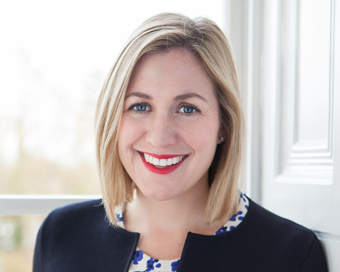 Last month we reported that THEYA Healthcare – the award-winning Irish medical device company – had been selected as an official supplier to the National Health Service (NHS) in the UK. Well there’s more good news as Irish entrepreneur Ciara Donlon, founder and CEO of THEYA Healthcare, has been shortlisted as a finalist for the prestigious 2017 Cartier Women’s Initiative Awards. Ciara is the only Irish entrepreneur shortlisted for the European Award category alongside an entrepreneur from Russia and from the UK.

THEYA Healthcare, which was formally launched by Ciara Donlon in 2015, designs and manufactures healthcare garments. The company’s flagship post-surgery lingerie range, designed primarily for use by breast cancer patients, retails across Ireland, the UK and has also been launched in Europe and Canada.

THEYA Healthcare uses a unique fabric mix made from OEKO-TEX® bamboo, which is ideal for post-operative products as it is anti-bacterial, thermally regulating, 59% more absorbent than cotton and extremely soft thus helps reduce skin irritation. The design of the THEYA Healthcare range focuses on comfort, support, femininity, functionality and the promotion of healing.

THEYA Healthcare, which is headquartered at NovaUCD, the Centre for New Ventures and Entrepreneurs at University College Dublin, is an Enterprise Ireland high potential start-up (HPSU) client company.

Ciara Donlon, founder said, “It’s a huge honour to have been chosen by Cartier as one of the 3 European finalists for such a prestigious worldwide award. I set up THEYA Healthcare because I wanted to help women undergoing breast cancer treatment feel better about themselves and heal faster, for that to be acknowledged by an organisation like Cartier means a lot. Hopefully more women who can benefit from our products will now have a chance to access them.”

The winners of the 2017 Cartier Women’s Initiative Awards will be announced at the Awards Week and Ceremony which takes place in Singapore from 8-13 April.

With one month to go to International...