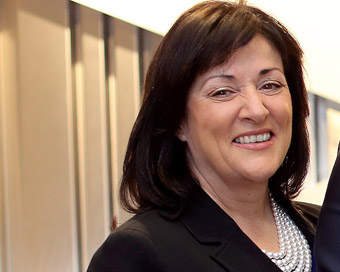 The EY Entrepreneur Of The Year™ (EOY™) 2017 programme has officially opened for nominations. The theme of this year’s programme is “Leading through Change” and all sectors and businesses of all sizes are invited to submit their nominations up until the 22 February. The 24 finalists for 2017 will be announced on 27 April.

Operating in more than 60 countries worldwide, EOY is recognised as one of the most prestigious business accolade for entrepreneurs. The programme is open to entrepreneurs across all sectors and growth stages, across the island of Ireland. The awards programme is divided into three categories – Emerging, Industry and International – with 8 finalists chosen per category. The 24 finalists will be selected by an independent panel of judges, comprised of former EOY winners and chaired by Anne Heraty of CPL Resources plc. Individuals who wish to put themselves forward or nominate an entrepreneur with their consent, can fill out the online nomination form. The deadline for nominations is Wednesday, 22nd February 2017.

Speaking at the launch, CEO of CPL Resources plc, chairperson of the judging panel, and winner of the EOY programme in 2006, Anne Heraty said: “I’m really excited about entrepreneurship here in Ireland and the ability of indigenous Irish companies to scale.  Since coming on board as Chairperson of the EOY judging panel it is becoming more and more difficult to select winners across each of the categories given the calibre. In particular the emerging category is getting increasingly competitive.  I’m looking forward to seeing what 2017 has in store and celebrating 20 years of entrepreneurship through this fantastic programme.”