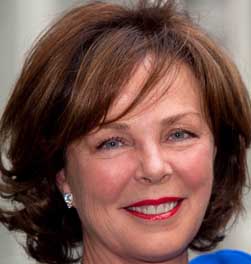 Actavo, a leading international engineering solutions company headquartered in Dublin, has announced the appointment of Margaret Clandillon as a Non-Executive Director.

Ms Clandillon is a lawyer with over 25 years’ commercial and legal experience working in the International leasing and financing sectors. She started her career with GPA Group plc, where she became General Counsel. She co-founded the leasing company, Pembroke Capital Limited (subsequently acquired by Standard Chartered Bank). Since selling her interests in Pembroke Capital, Ms Clandillon has concentrated on serving as an independent non-executive director.

Current Directorships include FPG Amentum Limited, Sky Aviation Leasing International Limited and Waypoint Leasing Limited and she has previously held non-executive directorships on behalf of China Development Bank and BAE, in respect of their aviation platforms.

Ms Clandillon qualified as a solicitor with the Incorporated Law Society of Ireland and holds an honours law degree from Trinity College, Dublin. She is a member of the International Directors Programme at INSEAD, France.

Dalata Hotel Group, one of Ireland’s...