Posted In: The Topic | It's All About Women 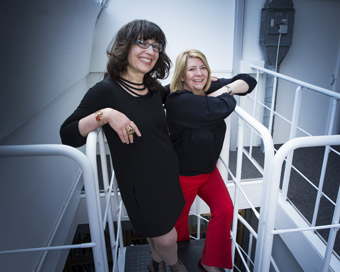 We know that significant performance benefits come from having a diverse leadership team. One of the simplest ways of driving that diversity is to promote more women to senior management, according to Sue Unerman, CSO at MediaCom and Kathryn Jacob, CEO of Pearl & Dean and authors of ‘The Glass Wall: Success Strategies for Women at Work’.

Consultancy firm Grant Thornton’s recent International Business Report, however, continues to highlight that many businesses still have few or even no women at a senior management level, despite the fact that the business case for gender diversity seems clear.

The report shows senior roles held by women by country. Ireland falls firmly into the bottom ten worldwide with just 19%.

When we entered our professions in media, 30 years ago, there was optimism about gender parity in senior management. There was a woman prime minister in the UK then too, and legislation had made the glass ceiling of previous generations illegal. Whilst women CEOs were rare, that was surely set to change. Fast forward to now and the sad truth is that things haven’t changed enough, despite several recent studies indicating that mixed gender boards drive company profit.

The Peterson Institute for International Economics published a study in February, which concluded that the correlation between women at the C-Suite level and profitability is demonstrated repeatedly. They state: “for profitable firms, a move from no female leaders to 30% representation is associated with a 15% increase in the net revenue margin.”

For our book – we interviewed over 100 people worldwide and one thing is clear: women in work are still not getting the same opportunities to reach the top as men. There are more qualified women entering the workplace than ever before.

Last year was a landmark year for diversity...

UCD Celebrates with 'Women in...

As part of its celebration of International...