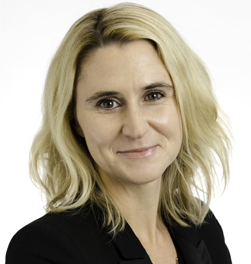 EY has announced the appointment of Olivia McEvoy as Director of EY’s Diversity & Inclusion Advisory service. Olivia will lead a dedicated consultancy team to help clients achieve their Diversity & Inclusion (D&I) ambitions. Before joining EY, Olivia provided independent consultancy to Government Departments, State Agencies as well as the Community & Voluntary sector in the area of stakeholder engagement and inclusive participative practice for over ten years.

She is also a prominent voluntary advocate in the LGBT community, instigating a number of innovative and impactful projects that resulted in significant positive change for the LGBT community. She served as Chair of the National LGBT Federation from 2013-2016 and has had a long-term involvement in the campaign to secure civil marriage equality in Ireland.

Olivia holds a M.Sc. in Interactive Digital Media and B.A. (Hons.) in Sociology and Philosophy from Trinity College Dublin. She is also an LBCAI-accredited life coach and a United World College scholar.

Clanwilliam Group has announced the...

Clearview Coaching Group, one of Irelands’...