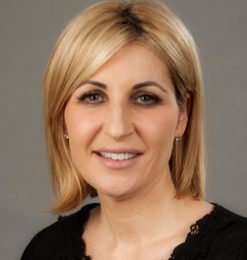 Dell EMC has announced that it has appointed Aisling Keegan as Vice President and General Manager for Ireland.

Aisling will be responsible for driving the company’s commercial business on the island of Ireland. This involves delivering a wide range of services, solutions and products to a diverse group of customers in the public and private sector.

In her 17 years at Dell EMC, Aisling has held a number of leadership positions across the small, medium and large enterprise customer segments. For the last five years, Aisling has served as executive director and general manager, Private Large Commercial Business, Dell UK.

Aisling replaces Niamh Townsend in the role, who is on maternity leave from December. Under Niamh’s leadership the Irish business has delivered consistent year-on-year growth, beating the competition and getting the company to the market leadership position in client commercial and storage. Niamh was named WMB Businesswoman of the Year in 2015.