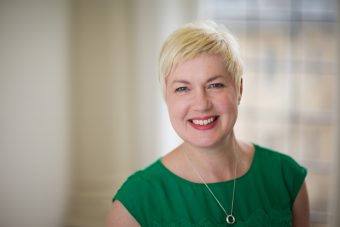 Henkel, the company behind many well-known global brands such as Pritt, Sellotape, Loctite, Right Guard and Schwarzkopf, has appointed Carole Scott as Head of Corporate Communications for Ireland, the UK and the Nordic Region.

Carole brings over 20 years’ communications experience to the role. Most recently she headed up communications for the Oxford Martin School, a research and policy unit within the University of Oxford.

Henkel Ireland operates a R&D facility in Tallaght, and a manufacturing plant in Ballyfermot, employing 384.

Carole’s new role will focus on working closely with Liam Murphy, Henkel’s UK & Ireland President, and with the company’s three business units (Beauty Care, Laundry & Home Care, and Adhesives) to increase Henkel’s profile as an employer and as a leader in sustainability, as well as driving the company’s internal communications across multiple sites in Ireland, the UK, Denmark, Finland, Norway and Sweden.

Guaranteed Irish has announced the...