The Other Lens: The Female Economy, Women as Investors 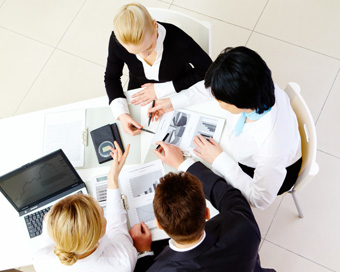 In 2009 McKinsey wrote an article called The Female Economy, primarily addressed at marketers, the opening line was ‘Women now drive the world economy’. Since then this economy is rapidly becoming the economy. The statistics are startling: Market estimates of women’s total purchasing power varies, ranging anywhere from $5 trillion to $15 trillion annually.

The scope of that spending is notably vast: Fleishman-Hillard Inc. estimates that women will control two-thirds of the consumer wealth in the U.S. over the next decade and be the beneficiaries of the largest transference of wealth in our country’s history – compelling insight for anyone curious about who’s keeping the U.S. economy going these days.

Globally women control about $20 trillion in annual consumer spending. That figure could climb as high as $28 trillion in the next five years. Women’s $13 trillion in total yearly earnings could reach $18 trillion in the same period. In aggregate, women represent a growth market bigger than China and India combined – more than twice as big, in fact. The global incomes of women are predicted to reach a staggering $18 trillion by 2018, according to global professional services firm EY.

However, for those of us who are interested in gender equity as part of business strategy and success, a trend that has been underway for a number of years now is reaching a tipping point. Leading edge financial services firms are beginning to see women as investors and owners and movers of large sums of money, not just as consumers.

We are seeing more investment funds and investment advisory companies specifically targeted at women and men interested in investing in women. Companies like Pax Ellevate have a Global Women’s Investment Fund. The fund is made up of 400 companies selected on rigorous gender equity criteria, such as percentage of women on the board, number of women in leadership, female CEO or CFO and having signed the UN Women’s Empowerment principles. With rigorous criteria like this the fund has outperformed the MSCI World Index for the two-year period ending June 30, 2016.Women mean business in a big way and now women mean profits.

Given this hugely transformative scenario I have been paying attention to the Gender Lens investment market both private and public. Today there are approximately 10 publicly traded funds investing with a Gender Lens.

My research points to two types of investments:

1. Social Impact Investing – many of these funds don’t necessarily beat the market nor is it their goal. Their goal is to help individuals align their values with their investment strategies.

2. Gender Lens Investing – this could fall in under this general category, however I found that there are funds within this category that are set up to outpace the market and have successfully accomplished this.

Given that publicly-traded companies led by female CEOs outperformed the major indices over recent three years (from January 1, 2012 to December 31, 2014) investing in companies with female CEO’s is simply a good strategy.

I had the opportunity to talk to Rachel Sheinbien, the co-founder of Makeda Capital. Founded in 2014, Makeda Capital is an impact-oriented investment firm seeking to generate strong investment returns through investing in women leaders. They do this through a unique investment strategy built on long-term holdings of US publicly-traded companies with female CEOs, and building their portfolio through proprietary algorithms to optimise impact with returns. They believe CEOs have tremendous power to drive company vision, practices, and ultimately, financial and stock performance, and the female CEOs they invest in comprise a small group of high-achieving executives that have built a solid track record in demonstrating strong financial performance. Over the last three years this has proven to be true.

The other very interesting thing that Rachel has seen, in running this fund, is that men outnumber women in investing in gender equity funds. Smart men know women are smart and capable and they are making money because of this.

Sallie Krawcheck, the Co-Founder and CEO of Ellevest, a digital investment platform for women, wrote a fabulous article that I recommend every woman read. In that article she states: “The other place I see women’s drive for the A hurt us: in investing. I firmly believe that some of the best career advice women aren’t getting is to invest. We have a “gender investing gap” in this country, which can cost some women tens of thousands, or hundreds of thousands of dollars, or more in comparison to the guys. And do you feel more confident at work when you’ve got more money to your name? Yeah, me too”.

Jennifer Kenny speaks, writes and consults on Leadership, Decision Making and Transformation. She has been a CIO and VP in Silicon Valley and is on the board of the Global Women’s Leadership Network and can be found at www.jenniferkenny.com and on twitter @jlmfkenny.

The World Economic Forum has found that...

All too often we receive an email from a...