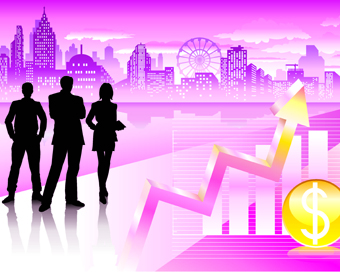 The professional recruitment company carried out the research in collaboration with salary benchmarking specialist Emolument.com and surveyed more than 5,500 professionals working in Ireland, through an online survey.

The average earnings gap is 20 percent with men earning €61,500 on average, compared to €49,500 for women in professional roles. On average, men working in professional jobs earn €12,500 more than women when bonus and salary are taken into account. When the two are split, the average salary gap stands at 16% while the bonus gap goes up as high as 50%.

“These are concerning findings and point to a problem which could have serious ramifications for the future”, said Karen O’Flaherty, Chief Operations Officer of Morgan McKinley. “Greater wage transparency is going to be key going forward, companies need to start effectively addressing the issue, before they are obliged to.”

The research indicates earnings gap actually increases along with the education level attained. While the gap is 10% for employees holding a BSc Degree it actually rises to 33% for Executive MBA holders. That represents a gender pay gap of €32,500 difference annually, compared to €11,500 (22%) difference between men and women with no degree. Greater educational attainment on the part of women therefore has no impact on the earnings pay gap.

On the other hand, there is an encouraging narrowing of the gender pay gap for women who manage to make it to the top. They are paid almost the same as men at chief executive and other top executive levels (1% pay gap) but that’s largely compensated by the fact that there are far less women in those positions than men – 24% to 76%. Indeed, female representation diminishes fairly consistently from entry level through to top level executive.

The one stand-out exception to this rule is HR where there has traditionally been a disproportionately higher number of female HR Leaders than males. The balance stands at 73% female to 27% male at the moment and this has led to a 15% higher salary differential in favour of female HR leaders.

Fujitsu Ireland has launched the Women’s...

Irish designer Anna Nielson will be in...