Women In The Workplace 2016 Findings 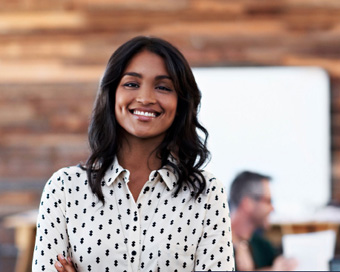 In corporate America, women fall behind early and keep losing ground with every step.

More than 75 percent of CEOs include gender equality in their top ten business priorities, but gender outcomes across the largest companies are not changing.

Women are less likely to receive the first critical promotion to manager—so far fewer end up on the path to leadership—and they are less likely to be hired into more senior positions. As a result, the higher you look in companies, the fewer women you see.

Women in the Workplace 2016, a study conducted by LeanIn.Org and McKinsey, elaborates on these patterns, provides some explanations for them, and suggests priorities for leaders seeking to speed the rate of progress. Key findings, based on data from more than 130 companies and over 34,000 men and women, include the following:

– Women remain underrepresented at every level in the corporate pipeline. Corporate America promotes men at 30 percent higher rates than women during their early career stages, and entry-level women are significantly more likely than men to have spent five or more years in the same role.

– Women negotiate for promotions and raises as often as men but face more pushback when they do. Women also receive informal feedback less frequently than men—despite asking for it as often—and have less access to senior-level sponsors. Not surprisingly, women are almost three times more likely than men to think their gender will make it harder to get a raise, promotion, or chance to get ahead.

– The challenge is even more pronounced for women of colour. Our research finds that, compared with white women, women of colour face the most barriers and experience the steepest drop-offs with seniority despite having higher aspirations for becoming a top executive. Women of colour also report they get less access to opportunities and see a workplace that is less fair and inclusive.

The report suggests that we are falling short in translating top-level commitment into a truly inclusive work environment. Even when top executives say the right things, employees don’t think they have a plan for making progress toward gender equality, don’t see those words backed up with action, don’t feel confident calling out gender bias when they see it, and don’t think frontline managers have gotten the message. Only 45 percent of employees, for example, think their companies are doing what it takes to improve diversity outcomes.

And even though more than 70 percent of companies say they are committed to diversity, less than a third of their workers see senior leaders held accountable for improving gender outcomes. Faced with these challenges, it’s time to rewrite our gender playbooks so that they do more to change the fabric of everyday work life by encouraging relentless execution, fresh ideas, and courageous personal actions.

Why You Need Multiple Mentors

Why learn from your own mistakes when you...