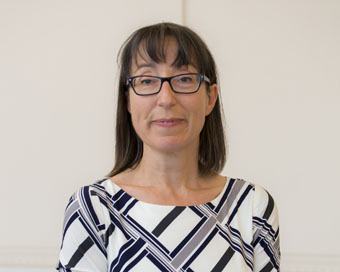 Walk into any scientific or tech conference, says entrepreneur Ann O’Dea*, the Boots WMB Empowering Women Award 2016 winner, and you’ll quickly notice that 90% of the people in the room are male. It’s the same all over the world, observes the co-founder of Siliconrepublic – the hugely successful technology and innovation news service, which boasts 250,000 readers and a multi-award-winning team of journalists reporting on the growing technology landscape.

But Ann doesn’t merely criticise this worrying trend – she’s doing something about it.  The science and technology website runs a two-day international event connecting professionals interested in the future of science, technology, engineering and mathematics (STEM).

Inspirefest, which runs in Dublin during June, makes a point of featuring inspirational scientists and technologists who are leaders in their field and who are female. And as she is quick to point out, this isn’t about showcasing token women.

“We want to ensure that young women feel welcomed into a sector where the most exciting career opportunities are.”  Part of the reason for creating this event, says the dynamic Killarney native, was the negative feedback coming from female scientists and technologists about the conferences and other events they routinely attended as part of their work. Very much in the minority, these women reported that they didn’t feel particularly welcome at such events, and didn’t see “people like themselves” on stage says Ann.

A few years ago, Siliconrepublic decided to do something about that. In 2014, for example, the website ran a Female Founders Forum with the 100 top women in STEM both in Ireland and within the Irish diaspora. “That was very well received and it was the most shared story ever on Siliconrepublic,” she recalls.

At Siliconrepublic they’ve been reporting on technology and science for nearly 14 years, but in the last four or five years the team started working on a campaign called ‘Women Invent’ because they found women were falling below the radar and were not featuring in the scientific press as much as men.  “We were aware of remarkable women and we are very interested in putting forward strong role models – we’ve been profiling them weekly.”

This issue of visibility is something that Inspirefest continues to promote with its line-up of high-achieving female scientists and technologists. The events hosted at Dublin’s Silicon Docks are aimed at current and aspiring STEM professionals. While the Merrion Square Park-based Family Outreach programme is, crucially, targeting children, particularly girls, with a variety of colourful events such as coding and hardware workshops.

Even in 2016, talented tech and science-oriented girls face many challenges says Ann, not least of which would be the “received wisdom” of their parents, who tend to nudge female high-achievers towards law, medicine or accountancy rather than into STEM subjects.

The research seems to show that early on, young girls fall into stereotypes that don’t involve engineering or, for example, computer science and one way to combat that is for them to see their peers and those who go before them succeeding in the sciences.  In this context, the BT Young Scientist competition is very important.

“I’d see CoderDojo [the organisation teaches children coding] as more important for building confidence in young people than almost anything else they do. The beauty of it is that you are creating, not consuming, instead you are creating websites or computer games.” However, says Ann, girls also need to encounter more high-visibility female role models in the science and technology sector generally – and here the media plays an important role.

“The media has a duty to ensure they’re not just rolling out the same high-profile women all the time, but to actually go out and investigate women doing amazing stuff.”  The objective, says the 47-year-old former journalist, is simply to turn around that maddening 9:1 male to female ratio at scientific and technological conferences.

Inspirefest2015 was at 75% plus as regards female speakers. “We were keen to showcase diversity in the field and not just gender – hence the huge range of specialities and fields of expertise, ethnicity and sexual orientation.”

For much of her life, Ann says, she would have been of the view that women would rise to the top anyway, simply “because they are great.” However these days she sees a need to “discriminate positively, to seek out women doing incredible stuff, particularly in areas like STEM because the high profile people in this area are often male.”

Ann has achieved her goal of making it an annual event, in which “leading women in the Science and Technology area, who have an interest in diversity in science and technology can gather, as well as their male peers.” Bring on 2017!

*This interview was originally published in 2015 prior to Inspirefest 2016 and was updated to include Ann’s award win. Inspirefest took place again in June 2016.