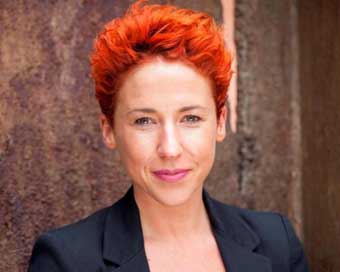 The Board of the Gate Theatre is pleased to announce the appointment of Selina Cartmell as the next Director of the theatre. She follows in the footsteps of Michael MacLiammoir, Hilton Edwards and Michael Colgan, the only other directors of the theatre in the 88 years since its foundation.

As a freelance artist, Selina has directed a diverse range of work from Greek tragedy and Shakespeare, to international work and contemporary Irish drama. Her productions have been nominated for thirty five theatre awards, winning ten, including three for Best Director.

She directed three award-winning productions for the Gate, “Catastrophe”, “Festen” and “Sweeney Todd”, described in the Guardian as ‘ a new dawn for the theatre’. In 2004, she established Dublin based Siren Productions, a multi-award winning company conceived to innovate the classics and create relevant and dynamic new work, integrating theatre, dance, visual arts, architecture, film and music.

She took a first in Drama and History of Art from Trinity College, Dublin, and graduated with an MA  in Advanced Theatre Directing from the Central School of Speech and Drama, University of London.

Selina was mentored by Julie Taymor under the prestigious international Rolex Mentor and Protege Arts Initiative which seeks out gifted young artists from all over the world and pairs them with artistic masters for a year of creative collaboration. She is currently in technical rehearsals for “Three Sisters” at the Lyric Theatre, Belfast and will be opening on 20 October.