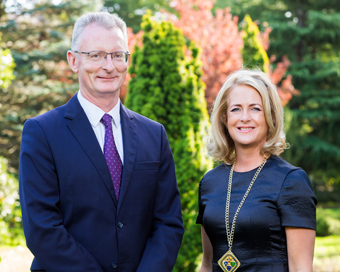 Niamh Boyle, Managing Director, The Reputations Agency, has been elected President, Chambers Ireland having joined the board in September 2015.

In her role she will chair the Board of Chambers Ireland, the organisation’s governing body. The board’s functions are to provide strategic leadership and oversee the activities of the staff and volunteer structures at national level. She succeeds Clive Bellows, Country Head, Northern Trust who was President from 2014-2016.

Niamh is the Founder and Managing Director of The Reputations Agency and the foremost expert on Reputation measurement and strategy development in Ireland.  She is serving her second term as Council member of Dublin Chamber of Commerce and is on the board of the Friends of St Luke’s Cancer Care.

Niamh was previously Director of Marketing at UCD College of Business and had a career in financial services previous to this. She holds a BA from UCD, an HDip Ed from Trinity College Dublin and an MBS from UCD Smurfit School of Business.

Chambers Ireland is Ireland’s largest business organisation with a network of Chambers of Commerce in every major town and region in the country. The organisation facilitates the growth and development of the Irish chamber network and enables the chambers in the network to effectively promote the long term development of their locality on behalf of their members as well as working towards creating a better environment for business by lobbying the Government and other stakeholders on key policy issues.

With Brexit concerns among importers and...

The Board of the Gate Theatre is pleased to...